13 Investigates: ASTRO-nomical losses have nothing to do with hits or runs 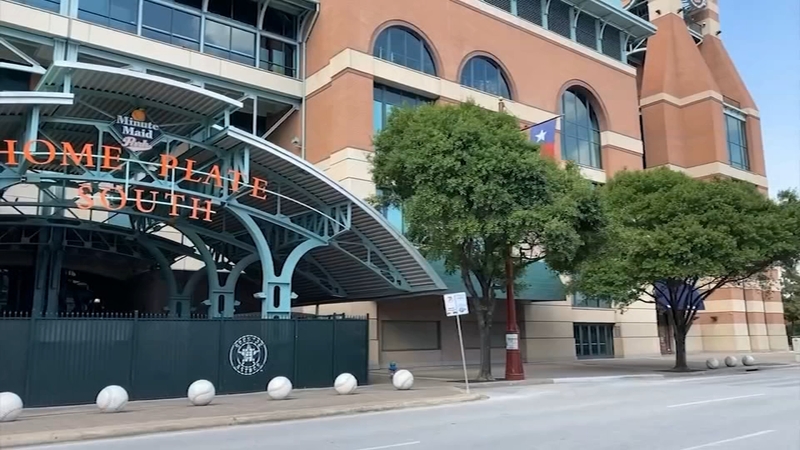 COVID impact on Astros had devastating impact on economy

As the Astros took their first swing of the 2020 playoffs in Minnesota, there was no sign of playoff fanfare outside downtown's Minute Maid Park. There was none nearby either. "For Lease" signs are as common as team banners outside empty bars.

But it hasn't been her season. Johnson, just like the rest of us, hasn't been inside for a game in this shortened season once.

"I really want a hot dog. I know that's like one of the craziest things to want," Johnson told ABC13's Ted Oberg. "But I mean, you don't understand how much you miss it until it's gone."

It is a good way to get into the monumental cost of this COVID crazed time. Since Johnson wasn't in the stadium, that hot dog vendor doesn't have a job selling it to her. The ticket scanner didn't either and neither do any of the Astros employees. (Earlier in the season, Astros owner Jim Crane did pledge to pay full-time employees for the season and set up a $1 million fund for ballpark employees).

The job losses are one of the most immediate impacts in a jolt to the economy that sports economist Patrick Rishe estimates will cost $12-15 Billion this year.

"That's the kind of carnage we're talking about," Rishe told 13 Invesitgates from St. Louis, where he chairs Washington University's Sports Business Program. "At the end of the day, baseball is wins and losses and it's fun. ... (But) even with the game returning, it's still been impactful in an adverse way to so many people that relied on it for their livelihood."

In just one sport - Major League Baseball - he found each team hires between 1,800 and 3,000 temporary game day employees.

Rishe examined the impact on professional, college and youth sports in cooperation with ESPN earlier this year.

It is money that will never be made up.

"The dollars lost this year are not going to be made up. And quite frankly, in 2021, I suspect ... you're still going to see losses," he said.
Looking closer at Houston, the losses begin to add up:

Mioshiua Johnson considered it all and the losses across the city too, telling ABC13, "(COVID) is causing losses and we don't like that, but I mean, hopefully we can get things done so that we can come back outside and play next year."