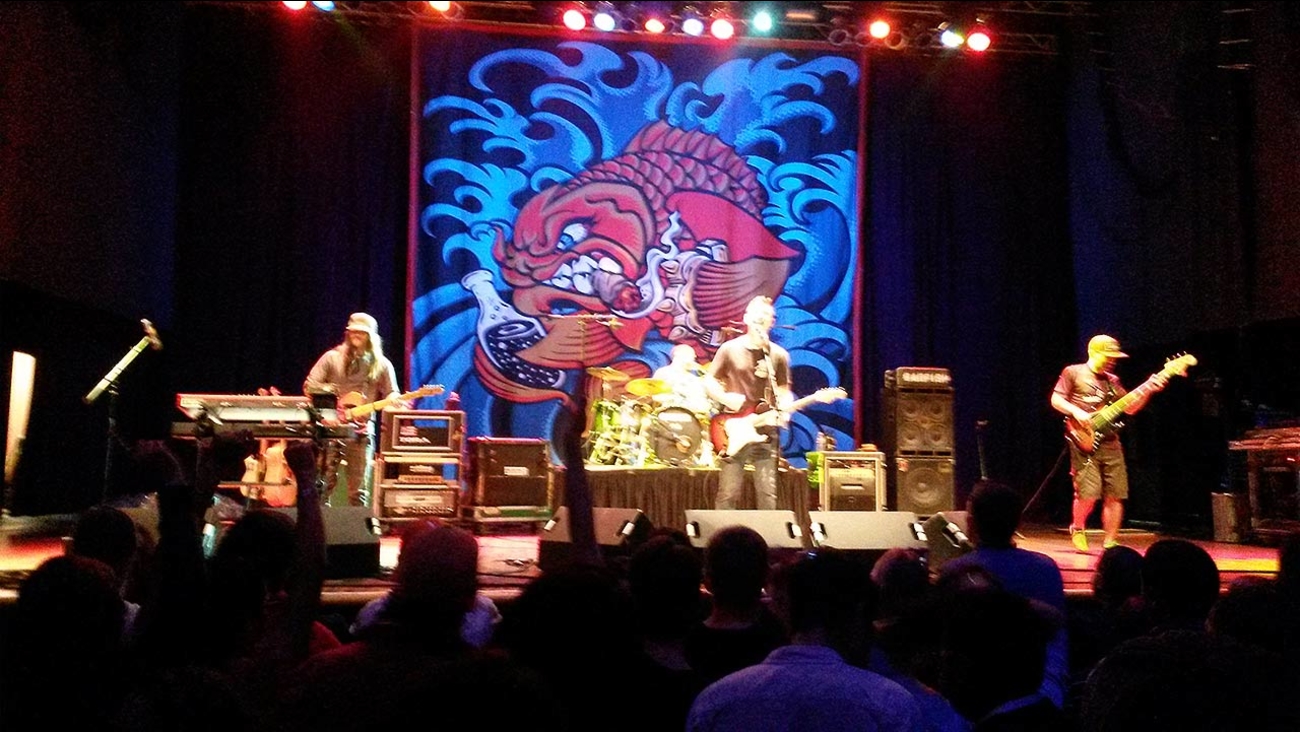 HOUSTON (KTRK) -- A packed house jammed out to the sounds of reggae at the House of Blues in downtown Houston. The January 24th show included three acts to entertain the diverse audience.

The first opening band was Cassette Tape. They are from the greater Houston area and feature a progressive reggae rock sound that set the mood for the evening.

Shrub, a band that hails all the way from Ohio, was second to take the stage. They have more of a Cali style reggae rock to them. Attendees seemed to enjoy their music from up north, especially when they played a Sublime cover song leading up to the headliners of the evening, Badfish.

Badfish formed in 2001 while the band's members attended University of Rhode Island. As a tribute band to Sublime, they carry the torch for reggae rock. Loyal Sublime fans have now become loyal Badfish fans and they flock to their shows. They had the crowd pumped as they played the entire album cover of Sublime's 40oz. to Freedom.

Bradley Nowell, the lead singer of Sublime, had passed away from a heroin overdose in 1996. The surviving members of the band have carried on as Sublime with Rome, but in most fans' opinions it has never been the same without Nowell. That is why Badfish fans enjoy their shows; they can relive the heydays of Sublime with spot on covers of their favorite songs.
Related topics:
arts & entertainmentmusic
Copyright © 2022 KTRK-TV. All Rights Reserved.
TOP STORIES
Timeline breaks down Uvalde shooter's movements day of massacre
3 dead in apparent murder-suicide in NW Harris Co., sheriff says
TX school shooting leaves at least 19 children, 2 adults dead
Our coolest morning in nearly a month
Here's what to know about NRA meeting in Houston
Uvalde school shooting: What we know about 19 kids, 2 teachers killed
Beto O'Rourke confronts Texas gov. at Uvalde shooting press conference
Show More
Houston mayor after shooting in Uvalde: 'Our values are messed up'
HISD staff encourage talking with kids about Uvalde tragedy
Where do Texas gun laws stand?
Mother of Houston Olympic champion receives donated food truck
More firearm dealers than mental health providers in Uvalde
More TOP STORIES News