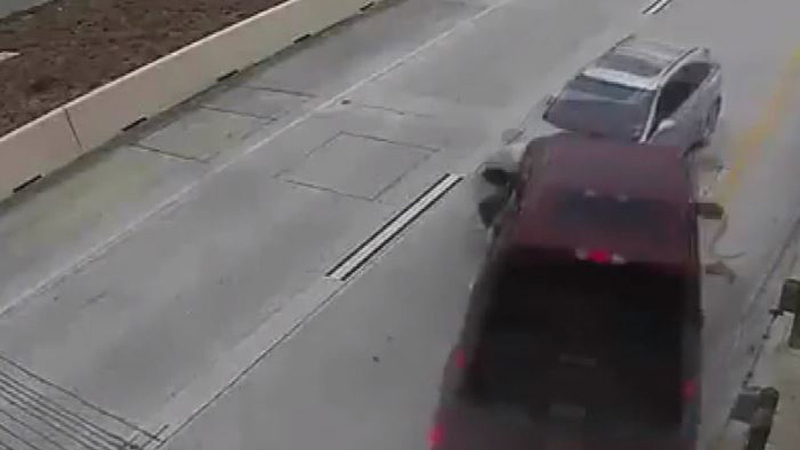 Video captures moment of deadly wreck on the Grand Parkway.

HOUSTON, Texas (KTRK) -- Video obtained by ABC13 shows the moments a pickup truck slammed into a car, causing a horrific crash which left two people dead and five others injured.

We're not showing the video in its entirety, which was posted online, because it's too graphic.

The video shows a pickup truck go airborne and cross the center median before crashing into the top of an oncoming vehicle.

The crash left twisted metal and shattered glass across all lanes of the road.

"I got on my knees and I entered the vehicle through the rear passenger window. We were applying first aid and we just assisted him in any way we could," Alvarez said.

Deputies said he did not appear to be intoxicated and that he is cooperating with their investigation. He has not been charged in the crash.

Neighbors described him as loving, compassionate man and grandfather figure to everyone in their area.