TANGLED WEB: Sorting out the timeline of the so-called Houston 'honor killings' 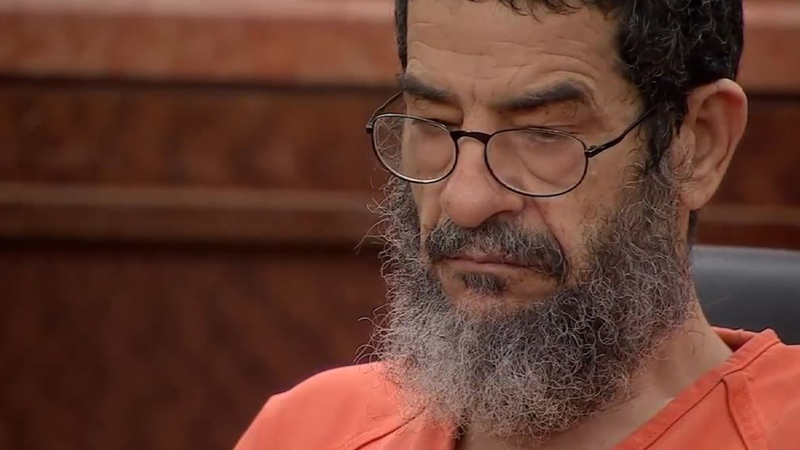 HOUSTON, Texas (KTRK) -- The deaths of two people, linked together by one family, have been dubbed 'honor killings' and a father is facing the potential of the death penalty.

Ali Irsan has been convicted of capital murder in the complex case. Prosecutors say Ali was enraged that his daughter decided to date, and ultimately marry, a Christian man.

"Nesreen Irsan would not succumb to her father's complete domination and rule of her and she left his home without his permission and went into hiding," Devon Anderson, who was Harris County District Attorney at the time, said in 2015.

According to documents, Nesreen met Coty Beavers through his twin brother, who was a classmate at MD Anderson where she and her sister were studying to earn medical science degrees. Nadia Irsan, who now faces a stalking charge, told her father about her sister's relationship, which investigators say enraged him.

After marrying Coty, Nesreen had a protective order filed against Ali. But that didn't stop him, according to authorities. The father reportedly enlisted Nadia to help him find the couple.

That's when the Irsan family reportedly approached Gelareh Bagherzadeh, Nesreen's best friend. Bagherzadeh, who was dating Coty's twin brother Cory, "refused to help (Ali) and berated him for even thinking that he should be able to control his daughter," Anderson said.

On January 17, 2012, Bagherzadeh, a medical student well-known in her community as an Iranian activist for women's rights, was shot to death outside the townhome where she lived near the Galleria.

Months later, on November 12, 2012, Nesreen found Coty fatally shot inside the apartment they shared.
On May 22, 2014, Ali, his wife and daughter Nadia were all taken into federal custody on fraud charges. Ali had also been charged with murder in the shooting of Bagherzadeh.

According to court documents, Ali, Shmou Alrawbdeh and Nadia took part in a sophisticated scheme to steal hundreds of thousands of dollars in benefits, involving Social Security, insurance, credit card and even food stamp fraud.

"These two murders were part of a conspiracy orchestrated by the defendant, Ali Irsan, to hunt down and cause harm to his daughter, Nesreen, and those close to her because he believed that she and others, including the two victims, had violated his honor as a Muslim," Anderson said. "So he planned and executed the murder of his daughter's husband and his daughter's best friend."

On July 26, a jury found Ali Irsan guilty of capital murder in the death of his son-in-law and his daughter's friend.