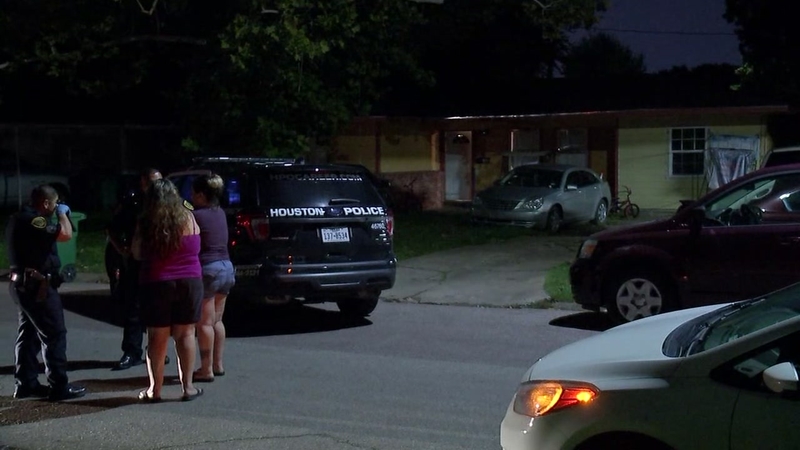 HOUSTON, Texas (KTRK) -- A man was shot after a suspect broke into his home as his family was sleeping inside in southeast Houston, police say.

It happened around 1 a.m. Tuesday in the 500 block of Loper Street.

Authorities say the suspect may have announced himself as a police officer before forcing himself into the home.

"The family was sleeping here at that hour and an unknown suspect broke in, announced himself as possibly a police officer and shots were fired," said HPD officer Rick Barajas.

He and the homeowner shot at each other.

The homeowner was shot in the hand. He was taken to the hospital. His family saw what happened, but they were not hurt.

It's not clear if anything was taken.

Police are looking for the shooter. Authorities are investigating if the home invasion was random or if he targeted the family.