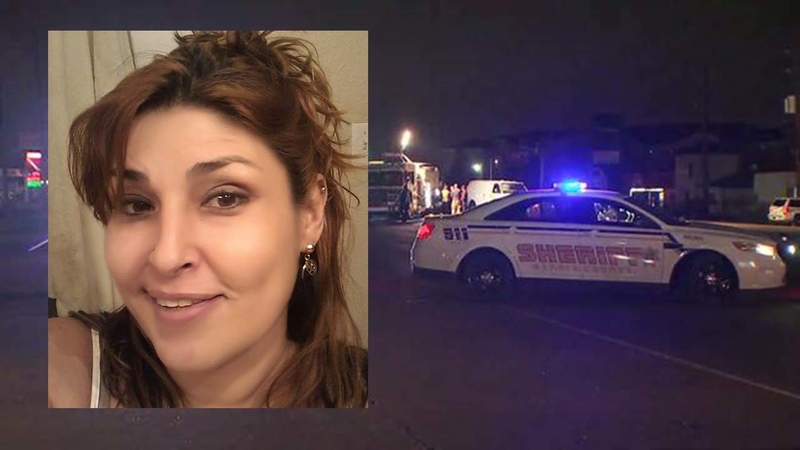 HARRIS COUNTY, TX (KTRK) -- A woman is dead and a man was severely injured after they were hit by a pickup truck while trying to cross the road.

She has been identified as 45-year-old, Rose Castro.

They were trying to cross the lanes of Highway 249 at Fallbrook around 2:15am.

That is when a red Chevy pickup struck them while heading north, just before Beltway 8.

A second vehicle then ran over Castro.

An 18-year-old black male was also with the woman, and was rushed to Ben Taub Hospital. He is expected to survive his injuries.

Deputies said they are now searching for the driver of that Chevy pickup. The second driver involved did stop and tried to help, but it was too late.

HCSO says the vehicle in question will have severe front-end grill damage.

There were no license plate details given by deputies at the scene.

It is extremely dark on this stretch of road, according to our Eyewitness News crew.

Deputies said it is possible the driver of the red Chevy was impaired, but that is not yet certain.