Progress in the fight against the coronavirus is coming, but Texas is a long way from herd immunity

By KAREN BROOKS HARPER AND ANNA CANIZALES, The Texas Tribune 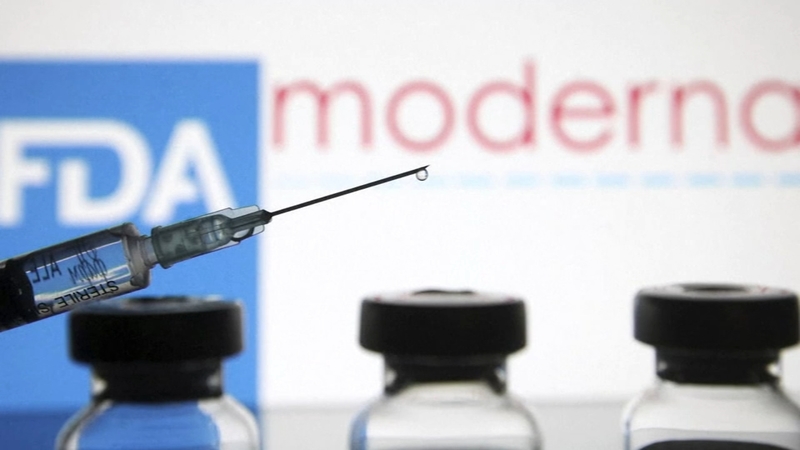 The mythic idea of "herd immunity" from COVID-19 in the long journey back to normal may be out of reach for Texas any time soon, state health officials and medical experts say. But while it remains the ultimate goal, they say it isn't necessary to begin stemming some of the pandemic's devastating effects in the state.

The state's high percentage of residents under 18, most of whom aren't approved for the vaccine, combined with those who can't or won't take it for other reasons, means that the state will struggle to immunize enough Texans to halt the chain of transmission and indirectly protect people who are not immune, experts said.

In Texas, hitting the 70% to 80% level that experts estimate is needed would mean vaccinating some 22 million people, or nearly 100% of adults in the state, according to census numbers.

"We do not know when, or if, Texas will reach herd immunity through vaccination," Chief State Epidemiologist Dr. Jennifer Shuford told The Texas Tribune in an emailed statement. "The large proportion of people that are under 18 years old in Texas will impact our ability to reach herd immunity."

But vaccination will begin paying dividends before the state approaches herd immunity because fewer people will end up hospitalized with severe COVID-19 cases. And the state expects that increasing vaccinations will mean less transmission of the virus, health officials said.

Health experts define herd immunity as the minimum portion of the population that must achieve immunity before society can consider the virus defeated - even if it's not eradicated - and return to pre-pandemic lifestyles, before the economy shows robust recovery and before the State Fair of Texas and large weddings and birthday parties can happen.

In the case of COVID-19, however, even reaching that 70-80% benchmark should be celebrated cautiously until more is known about how long a vaccine's immunity might last, said Dr. Nikhil Bhayani, infectious disease specialist at Texas Health Harris Methodist Hospital Alliance.

"The key here is that you really want to vaccinate as many people as you can to strive for herd immunity," he said, "but we still have more information that needs to be discovered before we say, 'OK. ... Let's go back to our pre-COVID lives.' "

Taking pressure off the health care system, which the U.S. Centers for Disease Control says could start happening in Texas by mid-February, could open the door to reducing restrictions on businesses, easing the stress that has plagued health care workers and allowing more people to begin easing back into more normal activities.

"We don't necessarily have to hit full herd immunity for things to start looking a little bit more normal," said Dr. David Lakey, vice chancellor for health affairs and a chief medical officer at the University of Texas System and a member of the Texas Medical Association's COVID-19 task force. "We could get into a situation where we decrease the pressure on the hospitals, the number of patients in ICUs goes down, our grandparents have been vaccinated. ...

"And while young and healthy individuals in their 30s and 40s haven't been vaccinated yet, when they get the disease, they usually have much more mild disease than older adults," added Lakey, who also is a member of the state's expert vaccine allocation panel. "Therefore, you could potentially start gradually loosening up things once the pressure on the hospitals has significantly decreased even in the absence of full herd immunity."

For all the caveats, Texans in the priority groups who have gotten the shot say it has already improved their lives.

Betsy Blaney, a former professional athlete and retired journalist in Lubbock who has her second shot scheduled this week, said she's sticking with safety protocols, but reducing her risk of catching COVID-19 has allowed her to start making travel plans for the first time in a year.

Perhaps she can go to California for a wedding reception she missed last year. She's hoping to spend a month in Australia next January.

"The vaccine has opened up a planning stage. No tickets bought yet, but a planning stage," she said. "And I can start looking at a future that might resemble more normalcy than we've had."

With more than 2 million COVID-19 cases confirmed in Texas since the pandemic began and more than 35,000 deaths, state officials say they would consider it the first of many needed wins if the state can reduce deaths and the mounting stress on hospitals and turn the virus into a non-issue while it's still circulating.

The current strategy "is to limit the disease severity and mortality, which I think is the right answer, of course," said Dr. John Carlo, CEO of Prism Health North Texas, former medical director of Dallas County Health and Human Services and a member of the state medical association's COVID-19 task force. "But I think we should also realize that this strategy is not really designed to lower overall case rates as quickly as possible."

Texas has received just over 3 million vaccine doses thus far for its 29 million residents, while about 48 million doses have been distributed nationally to the entire nation, enough for just over 14% of the population.

Experts and health leaders are hesitant to project how soon before reaching herd immunity that people can start returning to some semblance of their lives before the pandemic, like family gatherings, travel, less isolation and more in-person schooling. They urge continued mask-wearing, social distancing and good hygiene to continue combating the virus even as more people get vaccinated.

"I'm not aware of any unofficial benchmarks and ... would avoid looking to those," said Dr. Jason Bowling, chief epidemiologist at University Health in San Antonio. "Everyone would like this to be over, but we have to remember the lessons we've learned over this past year."

In Texas, 2 million people have received their first dose of the Pfizer or Moderna vaccines, both of which need two doses to be fully effective. About 370,000 people - about 1% of the state's population - have received both doses, which promise about 95% efficacy.

Health experts say that while people who have recovered from a COVID-19 infection have some natural immunity, it's unclear how much they're protected against another infection or how long that immunity might last.

With a single-dose vaccine from Johnson & Johnson headed for emergency approval next month and the federal government promising to ramp up vaccine supply, Gov. Greg Abbott said recently that he's optimistic that once Texas begins receiving doses of the third vaccine, the state will likely be able to quickly finish voluntary vaccinations for the 8 million to 10 million people in the current priority groups that include health care workers and people over 65.

At that point, Abbott added, the state can start "very quickly" making vaccines available to a broader swath of the population.

But any timetable could quickly be derailed by the emergence of the fast-spreading variants showing up in the U.S., including in Texas. That's worrisome with vaccine supply still too low to inoculate most of the population, said Dr. Peter Hotez, dean of the National School of Tropical Medicine at Baylor College of Medicine in Houston and co-director of Texas Children's Hospital Center for Vaccine Development.

Early efforts to vaccinate the most vulnerable people could be overwhelmed if these new strains push infection rates even higher, he said.

For Hotez, that's a compelling argument for loosening the current tiered vaccination plans and inoculating as many people as possible as quickly as possible regardless of their risk level.

"Really, we're in a bit of a race between vaccinating versus the emergence of these new variants," Hotez said.

President Joe Biden recently announced that the federal government was about to reach a deal with manufacturers that he said would allow all eligible Americans to get their shots by the end of summer. Biden has set a goal of vaccinating 100 million Americans in his first 100 days in office, but has said it's possible to reach 1.5 million per day before that deadline.

Meanwhile, he said, the federal government would increase the minimum weekly shipments to states by 16% starting next week.

Biden has also promised to mobilize the Federal Emergency Management Administration and the National Guard to help with distribution efforts and set up thousands of mobile vaccine units.

As the new administration ramps up its national strategy, local health officials across Texas are eagerly looking forward to reaching a turning point in the pandemic if the promised increases happen as planned.

In Brownsville, where the city's 94% Hispanic population has been disproportionately affected by the virus, the goal is to vaccinate up to 50% of its population by the time the next big surge of doses is available, said Brownsville Public Health Director Dr. Arturo Rodriguez.

"We're hoping that at that point, we're really just able to move a lot faster ... (when) it's not only us but the federal government actually having some boots on the ground," Rodriguez said.

In neighboring Hidalgo County, which has seen one of the state's highest death tolls, some 10% of the area's most vulnerable population had been vaccinated as of last week, said Hidalgo County Health Authority Ivan Melendez.

"What number will we like to see? At least 30 to 40% before we see a real impact," Melendez said. "How far are we from that? I'm going to say maybe six weeks."

In Austin and Travis County, officials say the threat of overwhelming the health care system may be largely resolved by early spring if the city can vaccinate most of its high-risk residents, said Austin-Travis County Interim Health Authority Mark Escott.

"Does that mean we can relax completely as a community? No," he said. "Because we have lots of people who are younger (than 65), you can still have some stress in hospitals. But that can be managed through masking and distancing ... in order to buy us additional time to get other folks vaccinated."

When can you get the COVID-19 vaccine? Find out where you are in line

What's inside the COVID-19 vaccine and how does it work?

Mitchell Ferman and Mandi Cai contributed to this report.