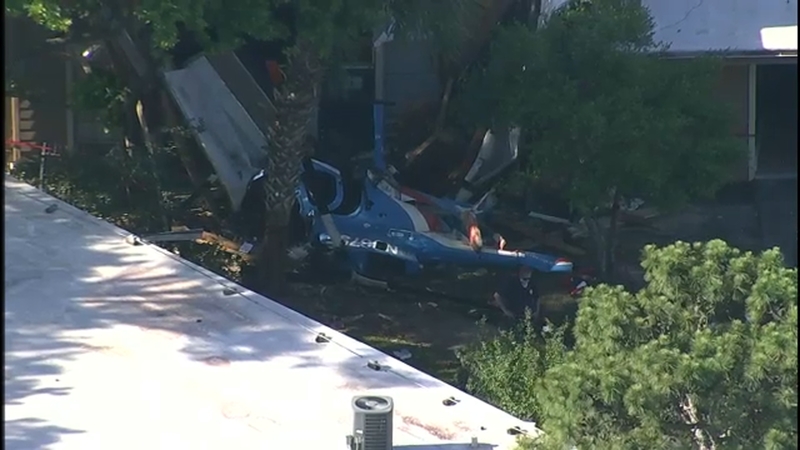 HOUSTON, Texas (KTRK) -- One police officer has died and another was critically injured after a Houston Police Department helicopter crash early Saturday at a Greenspoint area apartment complex.

It happened just before 2 a.m. in the 17000 block of Imperial Valley near Benmar in the Greenspoint area as the crew was responding to a report of bodies in a nearby bayou.

During a news conference, Acevedo said the pilot, identified as Senior Officer Chase Cormier, 35, was out of surgery but still severely injured. 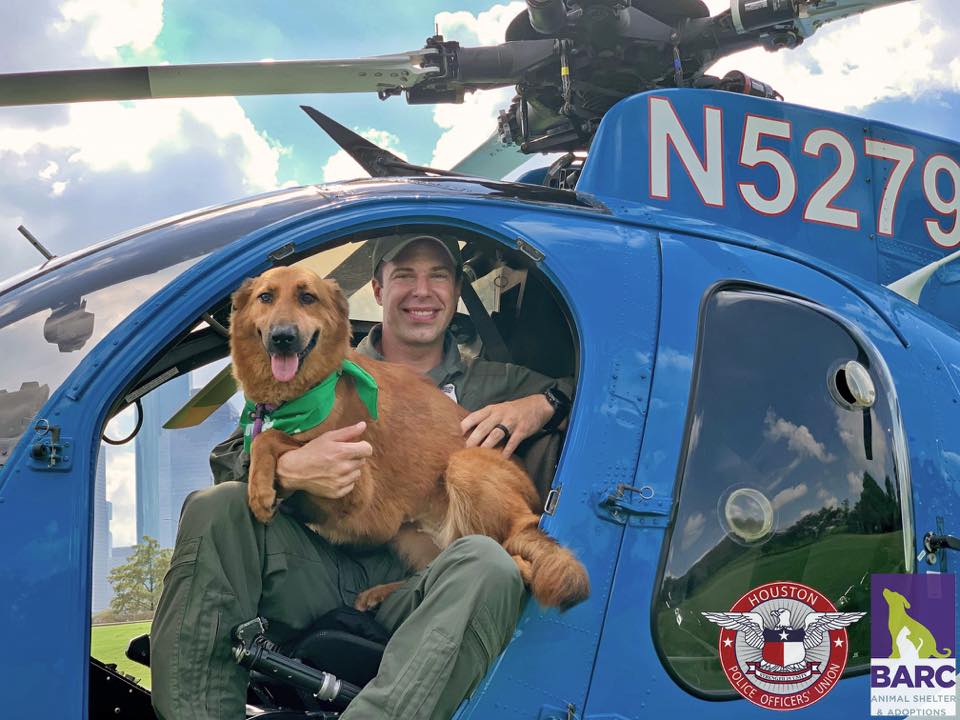 Senior Officer Chase Cormier in his helicopter with a shelter dog from Paws and Patrol. (Credit: HPOU)

Knox was a 35-year-old husband who had been with the police department for eight years. He was a father as well as the son of a Houston city council member.

"We're going to miss him. He had a heart of Gold," Acevedo remarked.

The chief went on to explain that officer Cormier is recovering in the hospital after having surgery for severe injuries. Cormier has been with the department for 14 years, having worked in the air support unit for three. Acevedo said he is hopeful the officer will be released from the hospital soon, but still requests prayers from the community.

Video captured from the ground shows the aircraft begin to spin out of control just before it crashed into a building at the Biscayne at Cityview apartment complex on Imperial Valley Drive. Video from SkyEye 13 showed extensive damage to the building, though no apartment units were impacted.

The aircraft appeared to spin out of control before crashing early Saturday morning.

Acevedo made comment in regards to gunfire speculations, stating it is not uncommon for law enforcement aviation to come under fire. "Although we don't have any indication at this point, we want to start with a wide network in terms of our investigation."

Houston firefighters worked extensively to free the pilot and tactical flight officer from the wreckage after a frantic search for the aircraft when it went down.

"I want to just tell HFD that they did a phenomenal job," Acevedo said. "There was a lot of fuel that was spilled. On the scene, and you can imagine that's very flammable and when you're using instruments to try to save our officers, I think it was very heroic. Their efforts, they put their lives on the line. And as far as I'm concerned, they're in the middle of valor tonight when they were in that environment,"

Crews can be seen working on a Houston Police helicopter that crashed at an apartment complex Saturday morning.

“This is a sad morning.”
Mayor Sylvester Turner asks the city to lift up the family of a @houstonpolice officer who died in a police helicopter crash earlier this morning. pic.twitter.com/4RBmmzSjGm

"We need prayers for these officers," Acevedo said.

Federal investigators will look into what caused the helicopter to malfunction. Acevedo has suspended HPD's air operations while the investigation continues.

The aircraft flew under the call sign '75 Fox' and was one of four helicopters in the Houston Police Department's air operations unit.

Our hearts are broken after the loss of an amazing officer. He was a great husband, father, son & friend. Above all else, he was a kind, gentle, generous, & honorable American.

Our hearts go out to his family, & all that knew & loved him. We pray for God’s comfort. https://t.co/hUj4ktS7dh