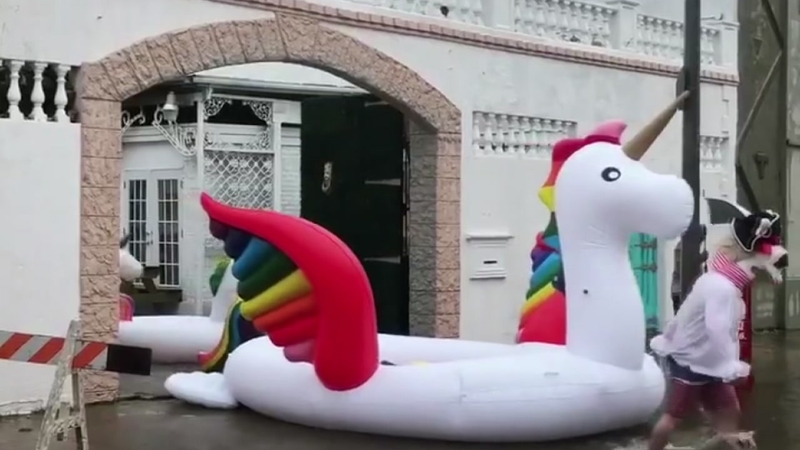 GALVESTON, Texas (KTRK) -- Heavy rain in some areas of Galveston County caused major street flooding Saturday morning, but that did not keep people from having a little bit of fun.

After the storms came to a halt, Eyewitness News caught sight of these mythical creatures being released onto flooded streets.

High water was spotted outside of many homes on 19th Street and some parts of League City.

Due to heavy rainfall, the Galveston Island Shrimp Festival announced it will postpone today's events until tomorrow.

The storms rained on this parade and pushed back the shrimp festival to Sunday.

Galveston picked up another 2-5" of rain today and once again, there was major street flooding. And it's been extremely wet this month with almost 25" so far. That's a whopping 18" above normal for the month of September! pic.twitter.com/ndsT2uJa8J

About 2 to 3 inches of rain have already fallen, making this the second wet September in its history.


Eyewitness News viewers are sending in photos and videos of the flooding:

Street flooding spotted in Galveston as a strong line of storms move in.