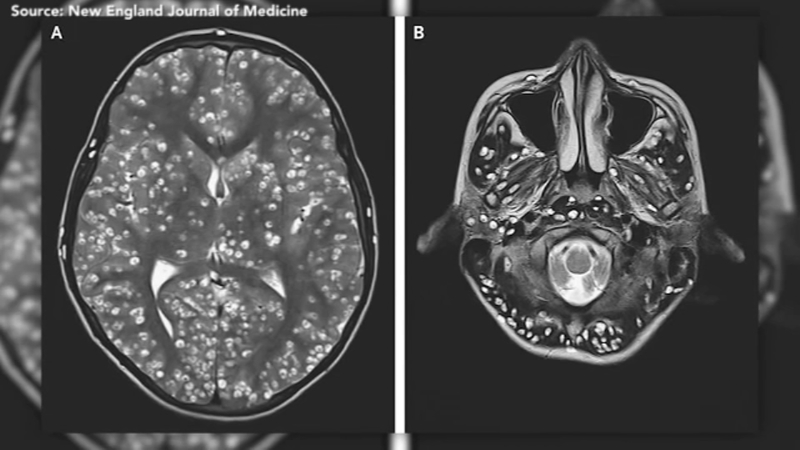 A disturbing case study was published in the New England Journal of Medicine.

A teenager died from a tapeworm egg infestation in his brain.

The 18-year-old had complained of seizures in the emergency room of an Indian hospital.

According to the study, it was determined he had parasites in his brain.

The larvae crawled out of the eggs and into tissue and formed cysts.

In addition to cysts in his brain, doctors also found cysts in other parts of his body including his right eye.