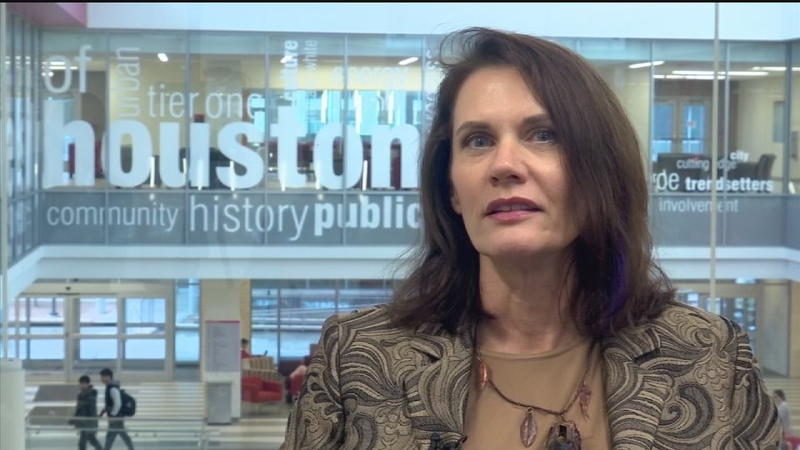 HOUSTON (KTRK) -- Just a few years ago, a Houston woman couldn't even count to 10 after an accident left her with a serious brain injury. Today, she's set to be a scientist.

Susan Sidell was jogging on a trail in Memorial Park in August of 2008 when she tripped and fell into a ravine. She broke several bones and her neck.

"A lot of people who have a similar injury are paralyzed, if they survive," she says.

"I didn't understand anymore how to work with quantities. I couldn't really add or subtract," she says. "I remembered being told I was good at algebra. That's the one thing I can actually remember. But I didn't even remember what algebra was. I didn't know what fractions were."

After re-learning on her own, she started taking remedial courses at HCC in 2009.

"What happened at HCC as I'm going through this and re-learning how to learn, I'm finding out I have this passion that's been awakened in me for science," she said.

Sidell was introduced to the West Houston Center, and accepted into a program funded by the Department of Homeland Security to train students for research. The center's director Bart Scheinberg, says he had no clue what she'd been through until recently. Sidell says that was on purpose.

"As much as anything, I don't want any special treatment. I don't need any special treatment," she tells us. "Knowing that I had been chosen for this, and his belief in me to be able to complete this class and the promise that was seen in me, that gave me the strength to go on."

Armed with a fresh HCC degree she applied to Rice. But because she hadn't taken the SAT, she tells us they said no. She got into the honor's program at the University of Houston, and is on pace to finish in May with a 3.7 GPA with a degree in bio-chemistry.
She'll take a year off before pursuing a PhD with an end goal of going into research.

"Where I want to focus is in new gene-targeted therapies for mental illness," she says.

And she says she couldn't have done it without HCC.

Susan will still do some research during this year off, and work. She hasn't applied to PhD programs yet, but she says she's thinking about giving Rice a second chance.