"In order to keep the economy open, once it begins opening, it's important to follow a smart framework," Hidalgo said, explaining her timeline and structure to safely reopen the county.

Starting this week, the county will have the ability to test up to 1,600 residents per day. Hidalgo has already announced a strike team for testing that will target some of the most vulnerable facilities, including nursing homes.

Hidalgo said it's imperative to keep the number of new cases at under 100 a day in order to test those cases and their contacts with existing resources.

"We want to urge our community to get tested," said Dr. Umair Shah, executive director of Harris County Public Health.

Citing data, Hidalgo stated for every case, about 20 people have come in contact with the infected person.

In order to keep track of cases, Hidalgo announced the county will expand its tracing workforce. That means recruiting 300 contact tracers who can help reach out to people who have been in contact with a positive case.

Tracers will be trained right away by epidemiologists, and can be recruited from new hires, contractors, volunteers, and existing Harris County workers.

Hidalgo said the cost of the tracers is still being estimated since some of them will be volunteers. Later in the day, Hidalgo announced 43 full-time positions were approved for hire.

We’re still very much in a war against #COVID19- and we need an army to fight it. We just approved the creation of 43 NEW full-time positions to support our public health contact tracing team, with plans to ramp up to 300.

The county says part of the treatment plan is continuing to work with healthcare providers and other partners to ensure we have the capacity to treat new patients.

Last week, Hidalgo announced the closure of the emergency medical shelter at NRG Park, which was erected as a worst-case scenario. She cited hospital capacity data for the closure.

Hidalgo said during the briefing the curve of hospital admissions is flat. "It's much, much better than it could have been," she said. Still, admissions are not as low as they need to be to have a buffer to sustain new cases.

Hidalgo added the county is also working with research organizations to continue tracking hospital beds, ICU beds, ventilators, and other metrics to determine whether to loosen or restrict public health measures moving forward.

With some members of the public eager to get back to normal, the judge explained there simply cannot be an exact date.

"We can't pull a date out of thin air and expect the virus to comply with it," Hidalgo told reporters.

The announcement comes as the county's mandatory mask order went into effect Monday, but with a few changes after Gov. Greg Abbott was asked about the mandate, which called for a $1,000 fine.

Abbott told the media during his briefing on the state's reopening, "We strongly recommend that everyone wear a mask. However, it's not a mandate, and we made it clear, no jurisdiction can impose any type of penalty or fine."

"We can't pull a date out of thin air and expect the virus to comply with it," Judge Hidalgo said about reopening.

Hidalgo later responded in a statement, saying in part, "In practical terms, the governor's order doesn't change much because, like every order we've issued so far, we'd made it clear that the priority was education. The fine was there as a signal of how vital mask wearing is, and in many ways, the community got that message. It's been disappointing to see folks politicize public health, and I hope this means they'll go back to focusing on health and safety instead of politics. As we have in the past, we will amend this order to conform with the governor's."

According to the amended order, the mask mandate ends May 26.

In that same briefing, Abbott said recoveries in Texas will soon exceed the number of total cases in the state, adding COVID-19 in Texas, "has been on the decline in the past 17 days."

Under the reopening plan, starting Friday, all retail stores, restaurants, movie theaters, malls, libraries and museums will be allowed to open, but the occupancy rate is capped at 25 percent. Places of worship can begin holding expanded services that day as well.

The governor said it's permission to open, but not a requirement.

Hidalgo addressed the governor's plan, saying that the county's was already in the works but is being implemented much sooner because of the Friday reopening.

Still, she ensured it works hand-in-hand with the state's strategy.

"I think the responsible thing to do will be to watch how things go," Hidalgo said. "There will be new cases. The virus hasn't gone anywhere."

The recommendations to social distance still stand, Hidalgo emphasized, adding no one wants to be the reason there's a second wave of coronavirus.

You can find more on the governor's plan here.

The governor expected the next phase of his reopening plan to be "around May 18," but it will depend on the viral rate over the time of the first phase of reopenings.

How to connect with your TX lawmakers during the pandemic 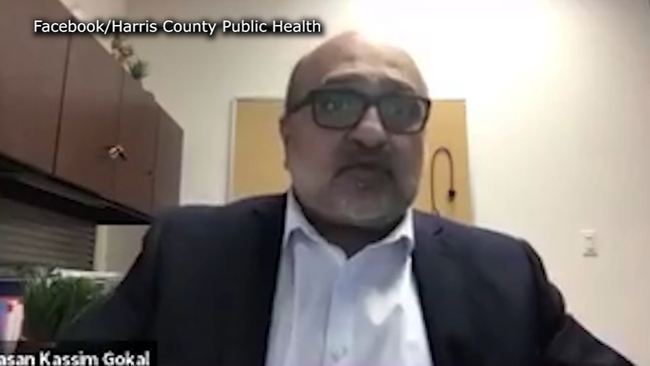 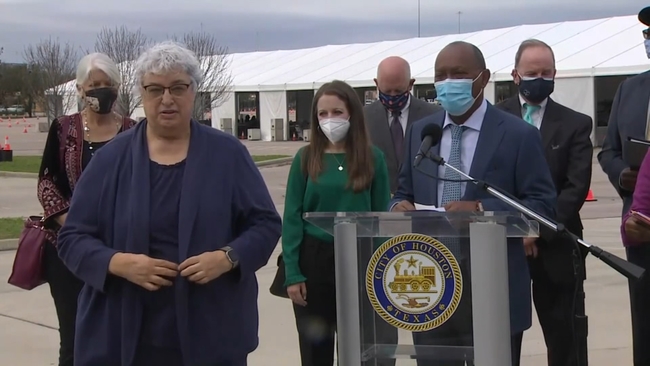