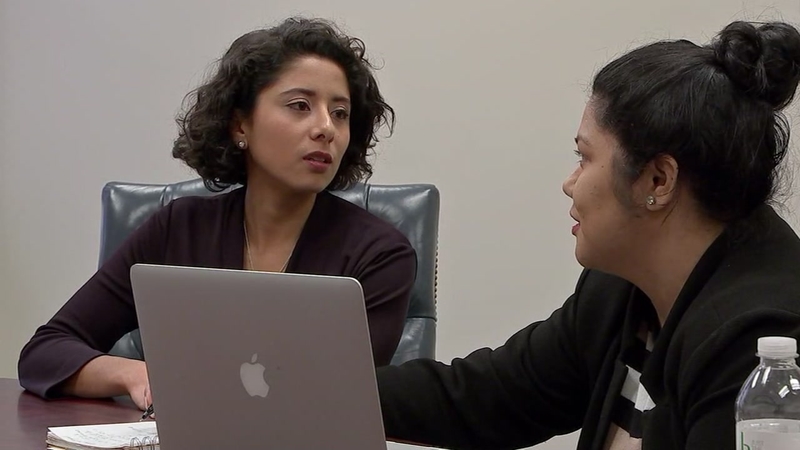 HOUSTON, Texas (KTRK) -- One minute into 2019, Lina Hidalgo will take over Harris County's government as its top executive, running a $5 billion budget in the nation's third-largest county.

"We've been preparing," Hidalgo said during an interview in her transition office in downtown Houston. "We've been building a team, we've been having the meetings and now it's just go time."

The 27-year-old Democrat, who defeated long-time incumbent Republican Ed Emmett in November, has been working since Election Day to take over the reigns of the government that impacts the lives of more than 4.5 million people.

"We put together a transition advisory group instead a traditional transition group," Hidalgo said. "It's seven folks, incredibly prepared leaders from government, non-profit sector, private sector, to help us identify top talent within our community and nationally."

RELATED: How Lina Hidalgo is preparing for new role as Harris County judge

"It is making sure that our community is protected," Hidalgo said. "Being ready for the next time it floods, help recover from the last time it flooded, and preparing for any other disaster that might come our way."
But as she prepares to take control of Harris County, she also wants people to know her administration will be transparent.

To that end, for the next four to six weeks, she'll employ surveys, canvassers, and town hall meetings to better understand the community's priorities moving forward. Hildalgo calls it Talking Transition.

She believes the top issues among the community are more valuable and she wants an open dialogue.

RELATED: What is the role of the Harris County Judge?

"For too long, county government has been something that people don't see," Hidalgo said. "That they don't engage with, that they don't understand, through no fault of their own. It's incumbent upon us to reach the community."