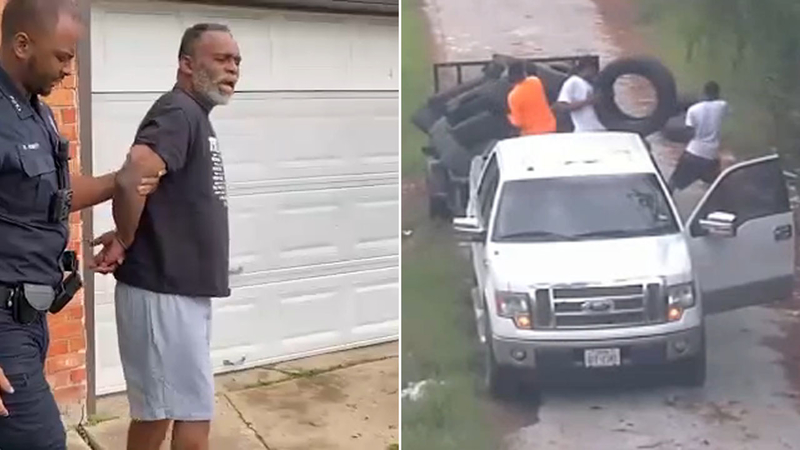 Illegal dumping suspect had ankle monitor at time of arrest

Harris County Precinct 1 Deputy Constables' office said they arrested Darrell Watson Monday, but it's not his first illegal dumping offense. Watson is said to have a history of illegal dumping convictions dating back to 2009.

According to the deputy constables' office, Watson appeared in video from cameras in the 5200 block of Mayle Street on March 16. He is also believed to be responsible for the tires that were dumped two days later at the same location, as well as weeks prior in February.

Authorities said the videos show people dumping tires from a U-Haul van onto the sides of the street on three different days. In all, investigators said they discovered 176 used tires from 18-wheelers at Mayle Street.

Watson was recognized in the video "because of (investigators) prior experience with him," the deputy constables' office wrote. They report that Watson plead guilty on Feb. 21, 2021 to a charge of illegal dumping.

They add he was wearing an ankle monitor at the time of the most recent incidents.

"Mr. Watson clearly has no intent of stopping his illegal activity," said Constable Alan Rosen. "A judge let him off easy last time with deferred adjudication. Watson has proven he is a repeat offender and that a slap on the wrist won't stop him from creating these dangerous eyesores in our neighborhoods."

According to the statement, the Harris County District Attorney's Office accepted the charge on the case as a state jail felony of commercial dumping.

If convicted, Watson could get 10 years in prison.