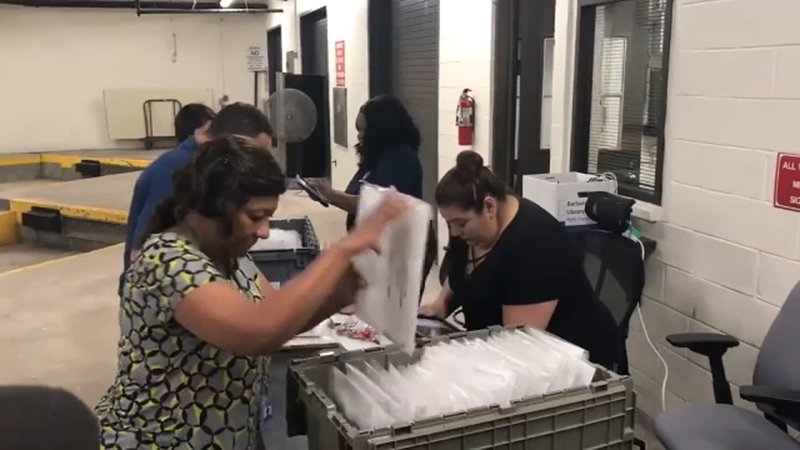 A key race, the contest for Houston mayor, is headed to a runoff. It came down to incumbent Sylvester Turner, who had 47% of the vote, and challenger Tony Buzbee, who had 28 percent.

In some of the races, such as at-large council positions, results showed 100% of precincts reporting. However, there are still other areas where precincts are reporting in the low 20s or single digits.

This election was the first time the countywide polling place program was approved, meaning voters weren't restricted to an assigned location. They could go to the most convenient voting center for them.

But Dr. Trautman says the new polling program is not the issue. She's blaming the last-minute change from the Texas Secretary of State. Instead of transmitting results electronically over a secure network, the process became much more manual.

On Oct. 23, Secretary Ruth R. Hughs ordered that law enforcement officers escort the ballot box memory cards from each of the 757 polling sites to the central counting station.

That change, made nearly two weeks before Election Day, led to a major delay that left voters wondering for hours how races up and down ballot would turn out.

"That contingency plan involved law enforcement going to these 10 drop off locations and picking up the results, driving them back to a central count here downtown. That is not the typical way we would have wanted to do it. The electronic way would have been much faster," she explained.

Dr. Trautman said she initially planned to have votes come in from 10 countywide drop-off locations, fed in through a secured intranet site, leading to faster results on election night.

Trautman's office told ABC13 Eyewitness News late Tuesday she hoped to have the vote tally wrapped up by 2 a.m., but it depended "on the judges and how fast they get them in."

The first tubs containing electronic ballot cards from across Harris County arrived at central count just before 9:30 p.m., where election judges and poll watchers waited to see the vote count in action.

Ballots from about 35 polling locations arrived shortly before 9:30 p.m. Tuesday, more than two hours after the polls closed.

"Due to the delay in election results, our office will not be able to accommodate any media requests for early morning newscasts, including access to the election office. The final unofficial results will be emailed as soon as they are available, but the next media availability will not be until 2 p.m...."

Trautman said long lines kept nearly 300 polling locations open late, but what is more significant is that this election brought out more voters on Election Day than in all the days of early voting combined. She said that is something that hasn't happened in some time.