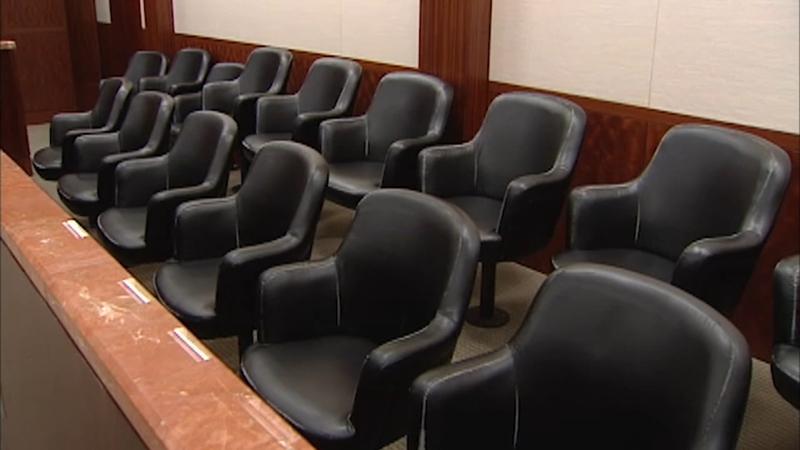 After 40 minutes of discussion during commissioners court on Tuesday, no decision was made on increasing pay for jurors.

In hopes to increase and diversify citizen participation in jury service, Harris County District Clerk asked the commissioner's court to raise the daily pay for jurors during the rest of the COVID-19 pandemic.

"Currently, the Caucasian and Asian communities are overrepresented in juror appearance rates, while the African American and Hispanic communities are underrepresented," Burgess wrote. "The Caucasian community appearances rates between 2018 and 2020 averaged 55.1% while they represent 40% of the eligible Harris County population. In contrast, Hispanic appearance rates in the same time frame averaged 19.1% while they represent 29.1% of eligible citizens who can serve."

Other than the pay raise, Burgess is asking for jurors to be provided free parking at 1401 Congress parking garage.

The request comes in response to a survey conducted in January, where advisors surveyed close to 2,000 county residents and conducted two focus groups to look into which factors motivate them to serve as jurors and which barriers prevent them from showing up.

Here are some things Burgess said were found in the survey:

But where would the funding come from?

In her letter, Burgess explained, "This would require an additional budget appropriation for Fiscal Year 21-22 of $1,819,946.00 to be effective 05/03/2021, to coincide with the beginning of Jury Appreciation Week. Secondly, it is being requested to fund and allocate a budget of $200,000.00 to publicize the juror pay increase to the citizens of Harris County. In addition, the District Clerk is also asking that Harris County provide free parking at 1401 Congress Parking Garage to individuals who are selected to serve on a jury."

A motion was passed by Harris County Commissioners to allow the budget management office to hold meetings with various stakeholders for further study and bring the results back in 30 days or less so the issue can be taken up at the next meeting.