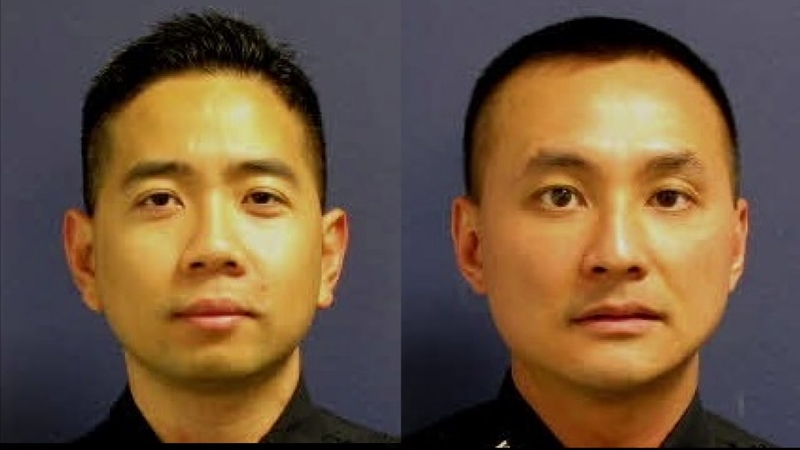 HOUSTON, Texas (KTRK) -- The Harris County District Attorney and the Houston Police Department announced Wednesday that two police officers were among the 22 people arrested in an illegal gambling operation in Chinatown.

Ogg also said that over $2.3 million was seized during the yearlong operation.

The money came from one man's safe. It will be forfeited.

The district attorney also clarified that the game rooms themselves are not illegal.

What makes them illegal is when the game room owners pay out amounts over the legal limit.

All of the game rooms in the investigation have been shut down except for one.

The two officers charged with money laundering in the case are Larry Nguyen and Huy Ly.

The two are accused of financing a Lamborghini, a Lexus and other luxury items on behalf of Memory Cafe owner Tim Vo and his ex-wife, all while they were on the police force.

The remaining $43,000 was financed through Bank of America.

Authorities say the owner wanted to be able to spend money without drawing attention.

Nguyen and Ly have resigned. They are in the process of surrendering.

They also face five years to life, if convicted.

Houston Police Chief Art Acevedo: "When police officers engage in criminal activity they violate the oath of office. We didn't look the other way."

Authorities said Wednesday that these illegal activities in the Chinatown area have negatively affected the community, leading to a series of robberies and violent crimes.

Clerks who work at the establishments and owner/operators are among those charged in the investigation.