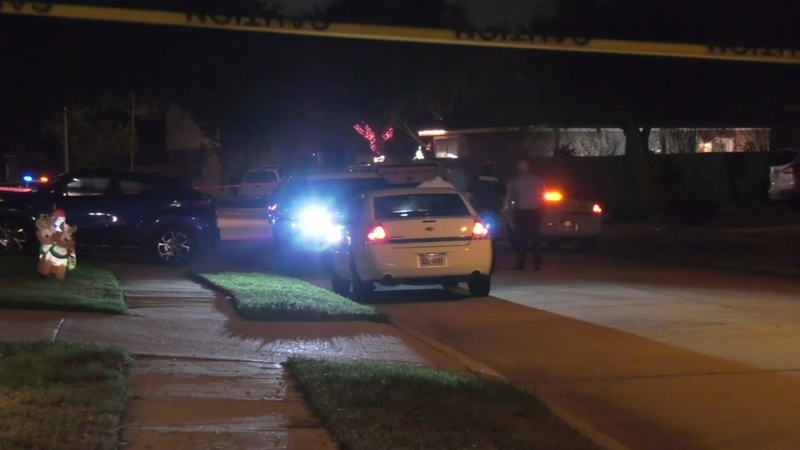 HOUSTON, Texas (KTRK) -- Prosecutors have charged a 28-year-old man with murder, a week after the victim was found slumped over in his car, just blocks from his home.


"I heard the shot. We immediately jumped up, we went and looked and we didn't see anything," said neighbor Anita Kinsey.

Jeff Gordon, who lives two doors down, said he saw a truck parked near the neighborhood mailbox but did not realize someone was shot inside.

"I just saw it parked in the middle of the road. Didn't see anything didn't hear anything," said Gordon.

During the past week, investigators poured over an abundance of surveillance video and were able to piece together what happened. In the initial court appearance, prosecutors said Alexander and a young child were walking and riding a bike in the neighborhood.

Nguyen, who lives in the neighborhood, apparently struck Alexander in the leg in a minor accident. Alexander is then seen on video running after Nguyen. Prosecutors say the video shows Alexander putting a hand on Nguyen's car hood and trying to get him to stop. When Nguyen tried to maneuver around, the video showed Alexander firing a shot, running and hiding between cars, and called someone to pick him up.

According to prosecutors, Alexander wasn't supposed to have a gun at all, because he was already a convicted felon.


"You know, you're a convicted felon, you cannot carry a firearm on your person," a magistrate judge admonished him during the hearing.

With Alexander behind bars, Kinsey said the neighborhood is relieved.

"We kind of watch out for each other, make sure everybody is okay. We visit with each other and share thoughts and feelings," Kinsey said.