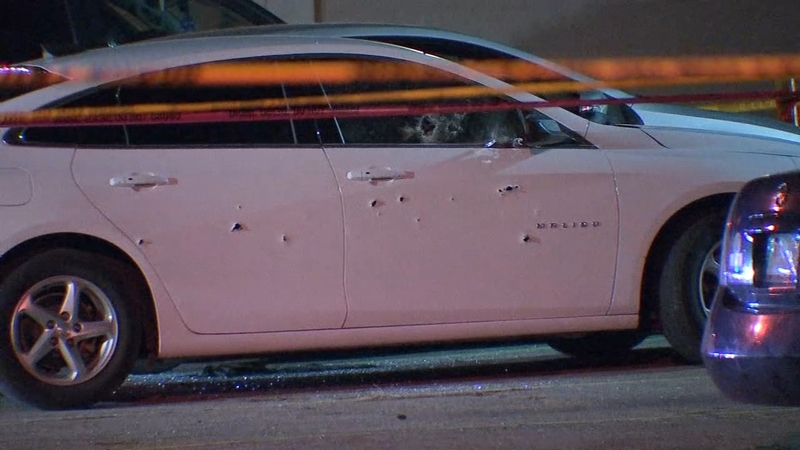 At about 8:15 p.m., sheriff's deputies were called to a shooting in the 12200 block of W. Village near Aldine Mail Route.

@HCSOTexas units responded to a shooting at the 12200 blk of W. Village, near Aldine Mail Rt @ Eastex Fwy. Preliminary info: occupant(s) in one vehicle shot at another vehicle, an occupant in the second vehicle has been confirmed deceased at the scene. Numerous shots fired. 1/2 pic.twitter.com/aSmr1W69sm

When authorities arrived, they found one person dead inside a parked vehicle.

The vehicle had been hit by gunfire multiple times, also striking the person who was in it.

Witnesses told officials that a black SUV pulled up next to the vehicle and claim they saw a man get out and start shooting into the victim's car.

Authorities have not released the identity of the person killed.