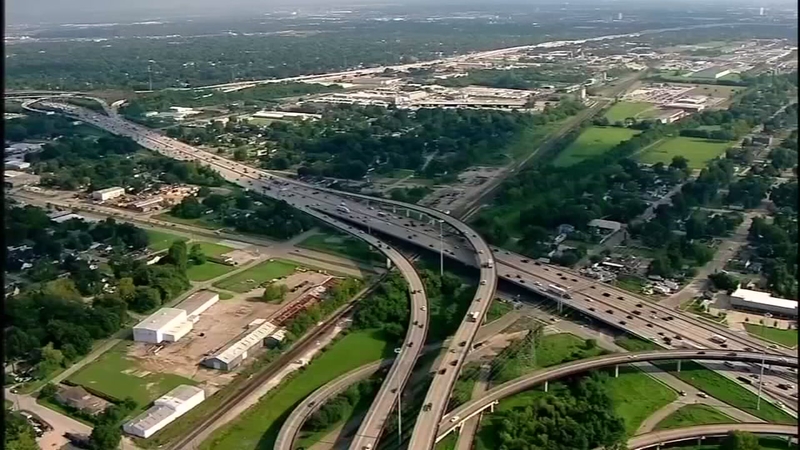 Hardy toll road one step closer to expanding to downtown

It's a welcome idea for many drivers like Connie Williams.

"Oftentimes, I'm in Conroe, and coming back all the way, it would be great to drop you downtown," Williams said.

We looked at the project plans with HCTRA Deputy Director of Engineering John Tyler.

"The benefit will be that you will no longer have to go to 59 or 45 to go that last little piece to get into downtown," said Tyler. "We are going to build along what used to be a track."

The Harris County Toll Road Authority relocated railroad tracks to another corridor nearby to create space for the Downtown Connector. The plans are for a downtown connector that is two lanes in each direction between the 610 North Loop and downtown, allowing drivers to exit to Elysian or I-69. Inside the Loop, there are plans for one toll plaza and access point at Cavalcade. HCTRA is busy now building grade separations in the northside neighborhood at Collingsworth, then Quitman and Lorraine.

"We'll put in grade separations for each of those three roadways, and then you won't have to wait for a train again," said Tyler.

Tyler took Eyewitness News to see the bridge at Collingsworth, which is about to open to walkers and drivers in the neighborhood.

"You have a lot of businesses on the other side of the tracks that people would like to have somewhere to walk to get to it," said neighborhood visitor Earthell Gipson.

Whether walking or driving, you'll soon bypass both the active railroad tracks on those major streets and bypass the future Hardy Toll.

The goal is to open the Hardy Toll Road Downtown Connector by the end of 2022.