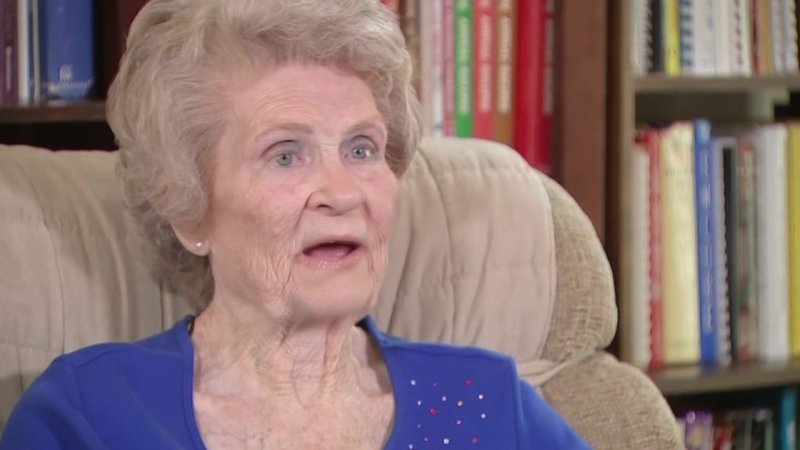 That simple request has haunted the 84-year-old since her daughter, Rhogena Nicholas and son-in-law Dennis Tuttle were killed in a botched drug raid on Jan. 28.

Jo Ann and her son John spoke to ABC13 Eyewitness News from her small home in Natchitoches, Louisiana. It is the first television interview they have given since raid made national news.

"There are good and bad officers in every department," said the elder Nicholas, who believes the officers involved need to be charged criminally.

Even though they lived hours apart, Rhogena and her mother were very close.

On Jan. 28, Rhogena texted her mother a prayer in the morning. Around 4:15, she and her mother talked one last time. It was about buying groceries and the expected cold weather in Louisiana. They hung up thinking they would talk the next day, but that would never happen.

An hour later, Rhogena and her husband were killed. Her mother and brother found out the following morning, when police officers from Louisiana visited their homes.

"What went through your mind," we asked her.

"Horrible," said Jo Ann. "I knew it wasn't true, about the drug house. I just knew."

Jo Ann said Rhogena and Dennis lived a quiet life in that house on Harding. They had been married 23 years, and loved each other very much. She last visited the house a few years ago, and said she never saw her daughter do drugs, and definitely never saw heroin.

Weeks after the initial botched raid, Houston Police would relieve Gerald Goines of duty, the lead case agent, and his partner Officer Steven Bryant, who has since retired. The case is still under investigation, and will take weeks to complete.

However, the Nicholas family says they would like Houston Police Chief Art Acevedo to simply say on the record that Rhogena is not a drug dealer.

"I would want for them to come out and say: our officers messed up, we had the wrong information, we went to the wrong house," said John Nicholas, who is also the chief of a volunteer fire department in Louisiana and supportive of law enforcement.

In this instance, the Nicholas family and their attorneys believe a few rogue officers have caused the death of a loving couple, and they want HPD to own up to that.

"There was no evidence, nothing to back up the actions the police took, and as a result, two people are now dead," said Chuck Bourque, one of two attorneys representing the family. "A lot what they want, in addition to having their daughter's name cleared, is they don't want this to happen to anyone else."

As for Jo Ann, she savors the last text message from her daughter, a prayer sent the morning of the raid.

At night, she sees her daughter in her dreams.

"I wake in the night, hearing her calling, 'Momma.'"