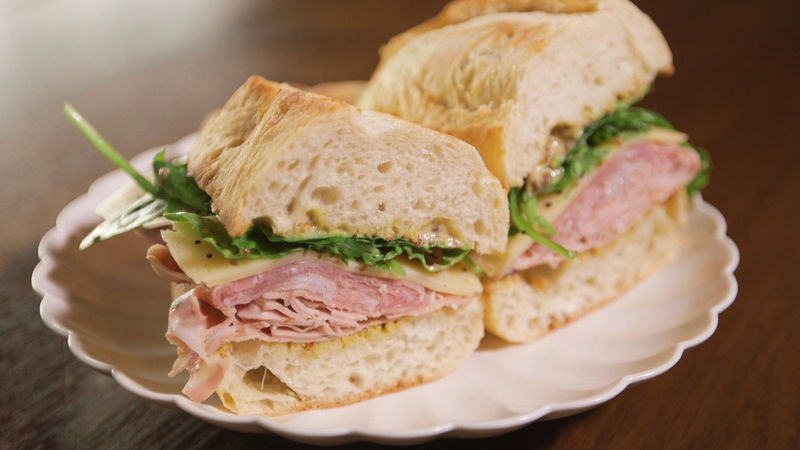 CHICAGO -- Oriole in Chicago's West Loop neighborhood is a Michelin-starred restaurant famous for its multi-course tasting menu made with world-class ingredients. But is it also serving the world's greatest ham sandwich?

"The main reason I wanted to put a ham sandwich on is so I would have ham sandwiches laying around for me and my staff to eat when we were hungry," joked Noah Sandoval, chef and owner of Oriole.

Sandoval's degustation-style cuisine has earned 4 stars from the Chicago Tribune and Chicago Magazine along with its two Michelin stars. Because the buzz for Oriole has the restaurant booked two months in advance, Sandoval wanted to offer food at the bar for their night cap service starting at 10 p.m.

"I think it's pretty unique to be able to come into a place like Oriole and not have to spend 3 1/2 hours here," Sandoval said. "You're listening to the same music, having the same bartenders, and having the same quality of service but also able to eat a ham sandwich. I think that's pretty fun."

The sandwich starts with a toasted baguette from PHlour Bakery in Chicago's Andersonville neighborhood and is dressed with Roelli raclette cheese, Rare Tea Cellar walnut mustard, and lemon poppy seed vinaigrette-tossed arugula. Two meats are the stars of the show: Edwards Virginia Smokehouse country ham and Smoking Goose mortadella. Diners can also get a specialty rum cocktail and peanut-caramel cookie along with the sandwich.

"The trifecta is magic," Sandoval said. "I think it's a no-brainer and it's what I'd get if I came in here."