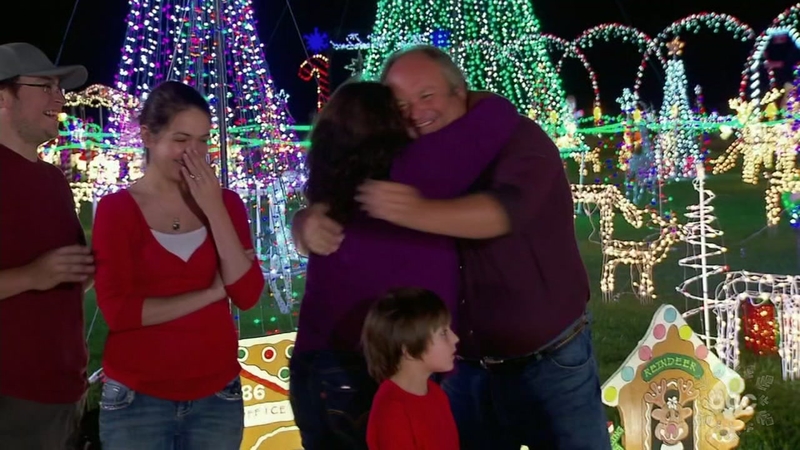 DAYTON, Texas (KTRK) -- When the sun set at 8605 FM 1960 in Dayton, Texas, the show started. Paul and Patty Wright have been going above and beyond for years with their spectacular Christmas light display.

For 2017, an estimated 150,000 twinkling bulbs light up the Wright's property. Ninety-nine percent are LEDs, which help keep that electric bill down.

But there was an added incentive to go all out this year. The Wright family was selected to appear on ABC's "The Great Christmas Light Fight."

"It was a once in a lifetime deal. I highly recommend it," Paul said.

"I do a lot of the painting, a lot of the wood work. The gingerbread -- I hand painted. I've done it all," Patty said.

With a few new additions to their already extraordinary display, they worked around the clock getting it ready.

"So many hours putting stuff up, getting everything just right and set up," Patty said.

When we asked who won the $50,000, they remained tight-lipped. Tonight when the episode aired, we found they were the winners.

Do you have what it takes to be on the show? They're accepting applications right now!