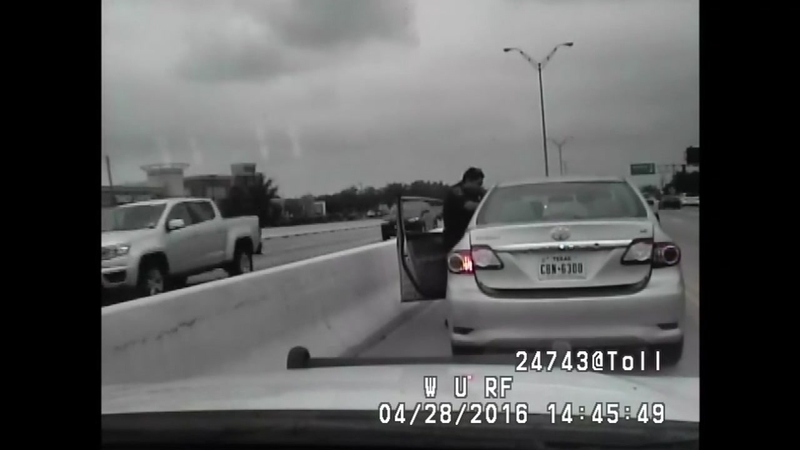 HOUSTON (KTRK) -- A Harris County grand jury has no-billed a deputy who was involved in a deadly shooting of a 24-year-old man back in April.

Ashtian Barnes was fatally shot by a Harris County Precinct 5 deputy constable after an attempted traffic stop on Beltway 8. Authorities say the vehicle had a number of outstanding violations.

The deputy said he smelled marijuana during the stop and asked the driver to get out of the vehicle. The driver refused and, with the door open, started to drive away when he was shot.

Barnes' family has been outspoken in seeking answers in the deadly confrontation. Today, the grand jury reached the decision to not indict that deputy constable.

Tommy Barnes tells Eyewitness news his son Ashtian did not get justice.

"I buried my son. I want him to rest in peace," Barnes said.

A Harris County Grand Jury comprised of 12 people did not fine enough evidence to charge Pct. 5 Deputy Constable R. Felix with murder or another assaultive charge.

Deputy Felix pulled Barnes over in April because of toll road violations on the rental car Barnes was driving. According to newly released dash cam video, Deputy Felix asked Barnes if he had marijuana in the car.

Deputy Felix then asked Barnes to pop the trunk. Barnes complied. Felix opened the driver's side door and jumped on the side of the car as the car began to move. Then Felix pulled out his gun and fired.

Aledra Barnes lost her older brother that day. She wants everyone to see the dash cam video.

"That was my best friend. He was very outspoken, taught me so much," Aledra Barnes said, "I will never forget him."

"I want to express my deepest sympathies to Ashtian Barnes' family," Harris County District Attorney Devon Anderson said in a news release. "I know they are disappointed, but the grand jury's decision means they found that there was no probable cause to believe a murder or other assaultive offense was committed. It does not constitute an endorsement of the officer's actions."