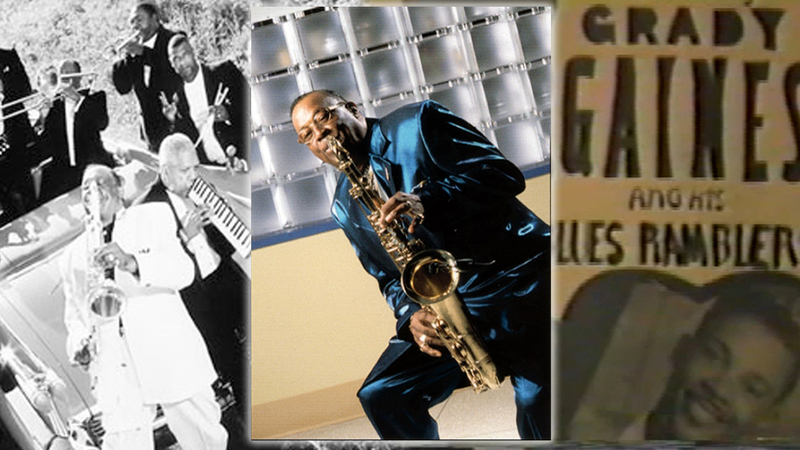 HOUSTON, Texas (KTRK) -- Grady Gaines, the Houston-based blues tenor saxophonist whose career brought six decades of backing for a wide range of musicians, has died at 86.

"Grady was a big man, with a big sound, but with an even bigger heart," Susan Criner with Gulf Coast Entertainment said in a statement to ABC13. "He was a pioneer in American popular music, serving as band leader for groundbreaking stars Little Richard and Sam Cooke, and touring and recording with some of the biggest names in R&B and soul for decades. Still, he would say he was "just an everyday person. I liked to treat people the way I liked to be treated."

Gaines was born on May 14, 1934, in Waskom, Texas, and was the fifth of seven children to Merkerson and Ethel Harris Gaines. He moved to Houston in 1943 with his family, who lived in Houston's Fifth Ward. Gaines and his younger brother, Roy, began playing music at a young age. After music lessons at E.O. Smith Jr. High, he became a band leader for Houston record producer Don Robey. Robey, a well-known R&B music promoter, signed a then-unknown Richard Penniman, who became known as Little Richard.

"Richard did everything spontaneous on stage, and whatever he did, we'd just follow him, and when you do that every night for so long, it's not hard because it comes natural," Gaines told biographer Rod Evans in 2015.

After Little Richard temporarily retired in 1957, Gaines went on to serve as band leader for Sam Cooke, and backed up Diana Ross, Gladys Knight, Etta James, and others, according to his biography.

After a break from music beginning in 1980, Gaines came out of retirement and recorded three albums of his own. He was named Blues Artist of the Year at 1993's Houston Juneteenth Festival. He was known for playing shows regularly at places like Etta's Lounge on Scott Street during his renaissance.

In 2015, Gaines collaborated with Evans on a biography "I've Been Out There," where he shared stories about life on the road and in the studio.