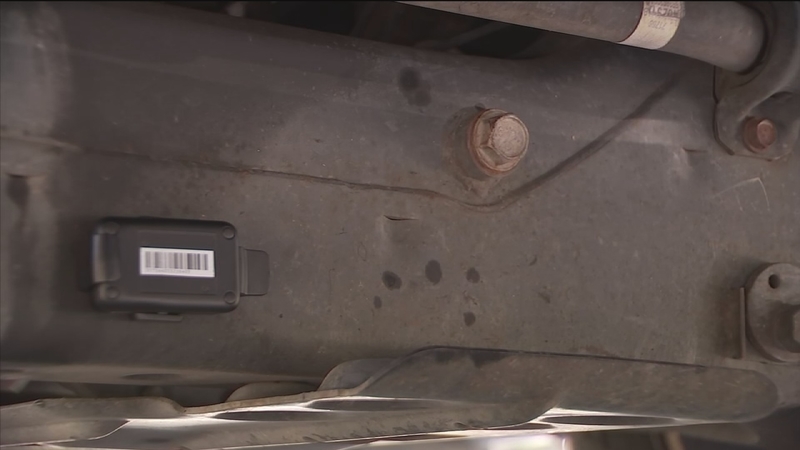 HOUSTON (KTRK) -- They can track your every move, and some employers have been know to use them in their fleet of vehicles. But one Houston man says he found a GPS tracking device on his personal truck, and is now concerned for his safety.

When Jeremiah Sammons brought his truck in for a routine oil change, the mechanics made an alarming discovery.

"And they say 'Sir, this looks like some type of GPS tracking device,'" he said.

It was attached to the undercarriage with two very strong magnets. Sammons to took it to a local spy shop to learn more.

"The guy took a look at it and he said that they sell similar devices. That it's about 300 and something dollars, and people pay a monthly fee of about $50," Sammons said.

Sammons says he's concerned and "thinks" it may be connected to what happened a month ago.

"My home was burglarized. They knew just when I left for work, and were gone within minutes before I got home," he said.

Sammons tells us they made off with about $100,000 of his personal items.

"Makes a lot of sense. Know where your victim is before you commit the crime," said Edward Olbrys with Top Gun Security.

Olbrys says the possibilities are there; criminals are going hi-tech to track their victims. These GPS devices can be purchased anywhere.

While there are no regulations on the purchase of these devices... Olbrys says there are laws on how you use them. In most cases, you need consent from the individual you're tracking. Without their permission, you could be breaking the law.

If you're concerned that you're being illegally tracked, Olbrys says there are way to detect them.

"We can come out with a PI and do a sweep of your vehicle, or your home too. It's a simple device. It picks up RF waves," he said.

As for Sanders, he says he know what he plans to do with the GPS he found.

"I'm going to the Houston Police Department, and take it there right away," he said.