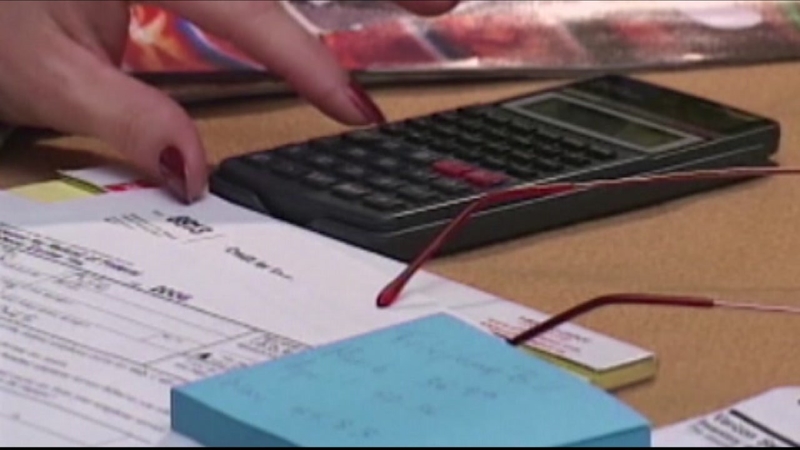 Could shutdown affect your tax refunds?

With the shutdown well past the five-day mark, the agency is re-working its plan as many Americans wonder: "What about my tax refund?"

James Gundersdorff, an accountant for 30 years, licensed by the U.S. Treasury to operate in all 50 states, and trained to work with a very specific set of numbers, is trying to make sense of the mess the shutdown could make of his tax season.

"It's a huge deal," Gundersdorff said. "A lot of people do have a lot of money sitting on the table and they will not get that money any time soon."

Millions of Americans use their tax withholdings in their paychecks as a sort of savings account -- filing their taxes early in the year, anticipating a nice tax refund before spring.

“This year there will be no tax refunds until they reopen the government.” —

Local tax experts weigh in on the impact of the #GovernmentShutdown on tax returns and your refund. #abc11 pic.twitter.com/HNnb6ORtEr

But Gundersdorff said if Washington doesn't solve the shutdown by Martin Luther King Jr. Day, when returns typically start arriving to the IRS, refunds will be almost certainly be delayed.

"Once that happens ... there will be no refunds until they reopen the government," Gundersdorff said.

Bottom line -- the longer the shutdown lasts, the worse the problems get for tax filers. This is especially true for those counting on early refund cash in February or March.

"It's iffy - depends on when the shutdown ends. We're in day 13 right now. So let's say we get to the end of January, I would say no. If we finish this up next week, maybe," Gundersdorff said.

During the shutdown, the IRS planned to keep about 12.5 percent of its workforce -- fewer than 10,000 federal workers. But as tax filing season gets rolling, some of those workers could be called back.

So taxpayers will still be able to mail in their tax returns or submit them online -- even if the shutdown stretches into next month.

But when those refunds are processed and sent back to filers remains a big question mark.