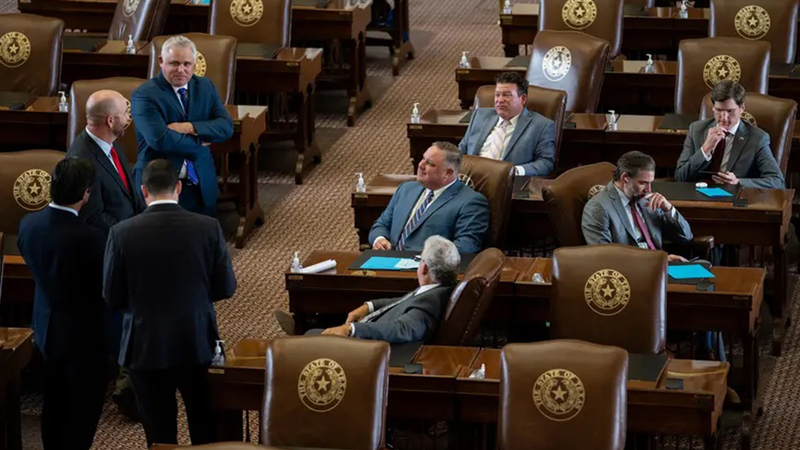 The 17-item agenda still includes well-known Abbott priorities like the election bill that caused House Democrats to flee the state at the start of the first special session, which ends Friday. But it also includes a number of additions, including the spending of federal COVID-19 relief funds and potentially changing the legislative rules regarding quorums.

There is also a new item on public education during the pandemic, an increasingly salient issue as parents prepare to send their kids back to school with the virus on the rise again in Texas.

Abbott has vowed to call special session after special session until the Democrats return from Washington, D.C., and provide the quorum that the House needs to pass the elections legislation. He's following through on his statements from weeks ago when he said that he would make sure the second special began the day after the first one ends.

The end of the second special session is approaching amid continued uncertainty over the fate of paychecks for over 2,100 legislative staffers. Abbott vetoed their pay after House Democrats staged a walkout over the elections bill in the regular session that ended in May, and the funding was set to start Sept. 1.

The reinstatement of that funding remains on the agenda for the second special session.

The new items on the call also include legislation to protect Texans from radioactive waste and to change the timeline for the 2022 primary elections. The latter item is likely a nod to the fact that the primaries will have to be pushed back due to delays in the redistricting process.

The item on changing the rules around quorums comes after Lt. Gov. Dan Patrick called on Abbott to add something like it to the agenda for the second special session. The lieutenant governor wants to lower the threshold for each chamber to conduct business from two-thirds of members to a simple majority. That would require a state constitutional amendment and thus a two-thirds vote on each chamber.

PREVIOUS COVERAGE ON THE 2021 TEXAS LEGISLATURE