'SHE WENT HYSTERICAL': Teacher allegedly wipes glue on student's face and flips desk over for spilling it 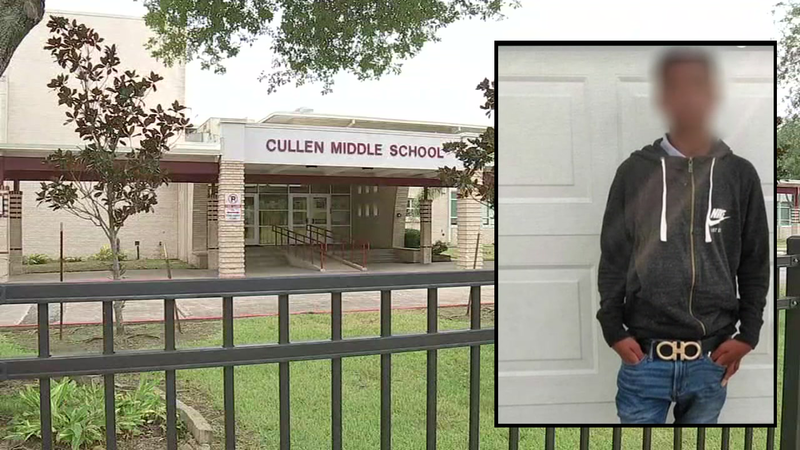 Sims said she was in disbelief when her 13-year-old grandson told her what his teacher did.

"(He said) she took the glue off his desk and swiped it on his face," she said.

It happened on Monday at Cullen Middle School. The teen told his grandmother and mom about the incident, saying during a class project he couldn't get the glue open, so he took the top off and some of it spilled on his desk.

"The teacher saw the glue and he said she went hysterical," she said.

So angry, according to the teen, that the teacher picked up some glue with her fingers and rubbed it on his face and then flipped his desk over.

"For her to do that, I don't know what state of mind she in," she said. "I feel like if he did that to her, they would have had him handcuffed, took him to jail juvenile."

HISD told Eyewitness News that the administration "is aware of the allegations" and "the employee has been removed from campus and placed on administrative duty pending the outcome of the investigation."

"To me, you're not supposed to touch no child," said the grandmother. "That's assault."