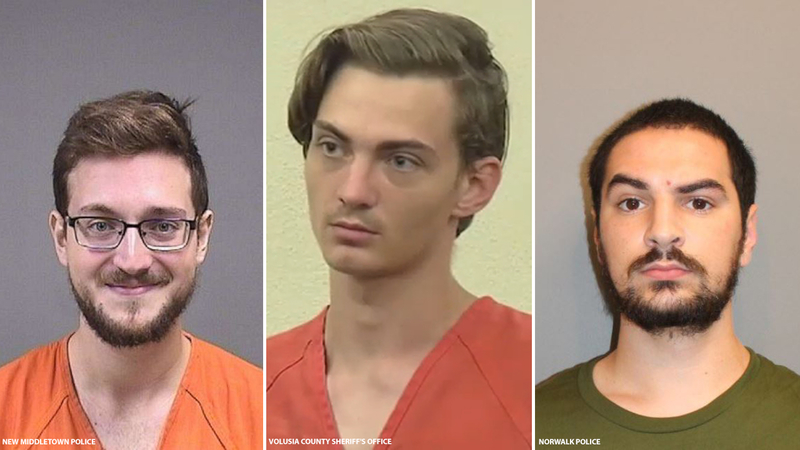 The unrelated arrests come in the wake of mass shootings in California, Texas and Ohio. Multiple false alarms and hoaxes have kept people across the country on edge amid heightened calls for stricter gun legislation.

Authorities say they arrested a Connecticut man interested in committing a mass shooting and seized weapons and ammunition from his home.

Norwalk and FBI officials say 22-year-old Brandon Wagshol was charged Aug. 15 with illegal possession of large capacity ammunition magazines. Police say they received a tip that Wagshol was trying to buy large-capacity rifle magazines from out of state.

Officials allege Wagshol was attempting to build a rifle with parts bought online. They say a Facebook posting showed his interest in committing a mass shooting.

Authorities say they seized firearms, body armor and other items from Wagshol's home. They say the firearms are registered to his father.

Wagshol was held on $250,000 bail. It wasn't immediately clear if he has a lawyer who could respond to the allegations.

The Volusia County Sheriff's Office says 25-year-old Tristan Scott Wix of Daytona Beach sent several text messages stating he wanted to "break a world record for longest confirmed kill ever." The office says that in another message, Wix texted he wanted to reach 100 victims and had decided on a location. It was unclear who Wix was texting or how deputies obtained the information.

Authorities say Wix was arrested Friday at a supermarket in Daytona Beach Shores on a charge of making written threats to kill. The sheriff's news release says Wix told detectives he didn't own firearms but was fascinated with mass shootings.

A man accused of making what police believe was a threat to a Jewish center in Ohio on Instagram was arrested on telecommunications harassment and aggravated menacing charges.

New Middletown police say they arrested 20-year-old James Reardon, Jr., at his home on Aug. 17 in the Mahoning County village.

On Aug. 16, the FBI Violent Crimes Task Force raided Reardon's house and seized a cache of weapons and ammunition, including dozens of rounds of ammo, multiple semi-automatic weapons, a gas mask and bulletproof armor.

Reardon is expected to appear in court Monday.