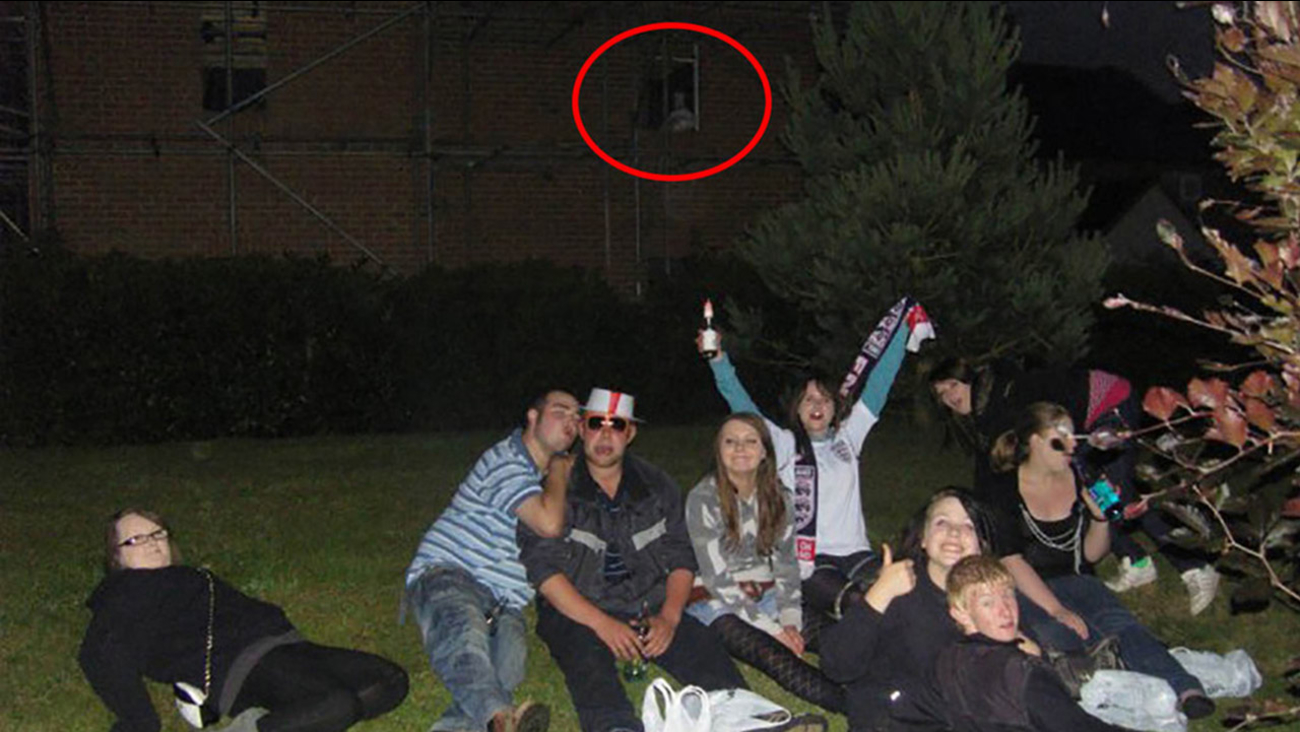 Natasha Oliver, pictured with friends in 2010, believes there is a ghostlike figure in the window behind them. (Natasha Oliver/Facebook)

Don't believe in ghosts? This picture might just change your mind.

When Natasha Oliver of Wem, United Kingdom, spent an evening hanging out with friends back in 2010, nothing seemed out of the ordinary. But when Oliver and her friends looked at a photo taken that night, they noticed a spooky looking figure looming in the window of a nearby building.

"We [were] a bit confused as to what it actually was and we kept looking around thinking we were being watched," Oliver told ABC via Facebook message.

Oliver's friends investigated the building to locate the scary apparition, but found nothing. Oliver has an idea of who she thinks the ghost may be.

"I believe the ghost is of a woman and looks like she's holding something like a baby," Oliver told ABC. "My friends are also thinking the same but we will not be sure until someone investigates it."

The photo was taken in 2010, but Oliver said got widespread attention after she commented on a Facebook post about a fake ghost picture saying that hers was real. She hopes the new interest in the photo will help figure out who or what the strange figure is.

"My reaction to it being seen by a lot of people is CRAZY and I'm glad everyone is seeing it," Oliver told ABC. "Just hope a photo analyzer can pick it up and help solve the mystery."

This isn't the first time that a ghost sighting has haunted the small England town. In 1995, a man photographing a fire that destroyed Wem's Town Hall said that he took a picture of a ghost, according to ABC affiliate WFTS. However, that photo was later proven to be a fraud.