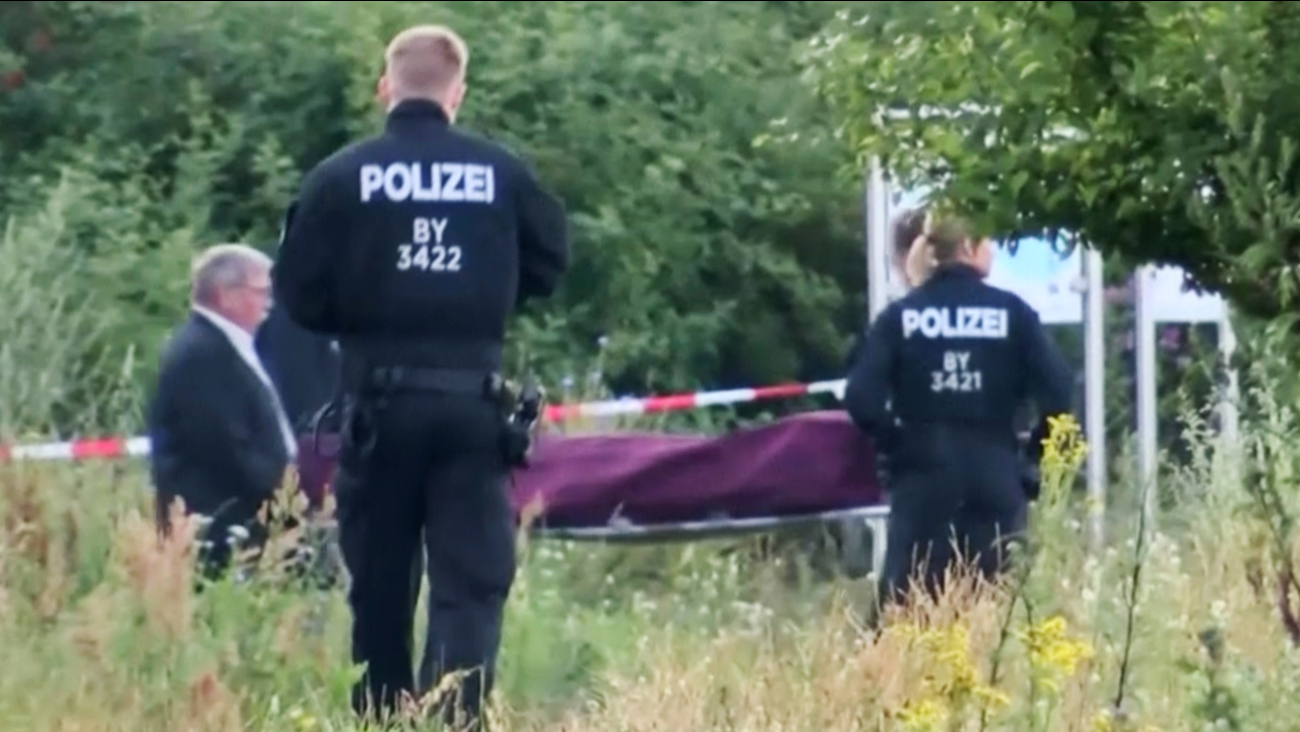 In this image taken from video police officer look on as the body of a 17-years-old attacker is carried to a hearse in Wuerzburg, southern Germany, Tuesday morning, July 19, 2016. ((News5 via AP)

BERLIN, Germany -- German prosecutors say that the 17-year-old Afghan asylum seeker who carried out an ax attack on a train learned over the weekend that a friend had been killed in Afghanistan.

Bamberg prosecutor Erik Ohlenschlager also said that at least two of the wounded were suffering from "acute life-threatening" wounds.

The Islamic State group has claimed responsibility for the attack, but authorities say the asylum-seeker appears to have been self-radicalized and had no direct link to the extremists.

Police fatally shot the attacker as he fled the scene.

The teenager shouted "Allahu akbar" ("God is great") as he attacked people on the regional train near the Bavarian city of Wuerzburg Monday night, and a hand-painted IS flag was found during a search of his room, according to state Interior Minister Joachim Herrmann.

Officials say the attacker was "a member of the Islamic State" group and carried out the attack in response to the militant group's calls to attack countries that are members of the anti-IS coalition.

A senior Germany security official said earlier Tuesday that a hand-painted flag of the IS group was found in the attacker's room.