Explosive device found at home of George Soros in Westchester 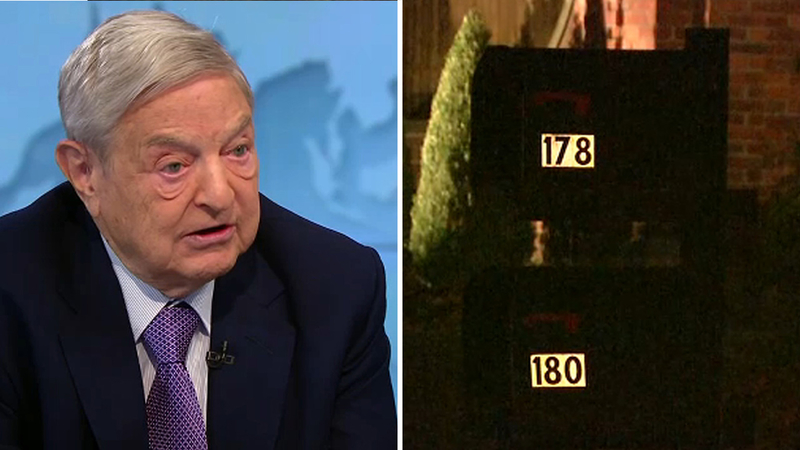 BEDFORD, New York -- A bomb was found in a mailbox at the Westchester County compound of George Soros, the liberal billionaire philanthropist who has been the target of right-wing conspiracy theorists, authorities said Tuesday.

The device was discovered Monday in Soros's mailbox in Bedford.

Investigators say a worker collected the mail and started walking back to the house, but then thought the envelope looked suspicious and dropped it in the woods on the way back before calling police. Soros was not at home at the time of the discovery.

The bomb squad safely detonated the device, which a law enforcement source told ABC News was a small pipe bomb that was loaded with black powder. It was not a hoax.

It was in an envelope that looked like it was delivered through the mail, but investigators believe it was hand delivered and placed in Soros' mailbox.

Before detonating, law enforcement took a picture of the envelope. Postal inspectors examined the picture and told investigators the envelope's marking did not match those made by USPS. The local postal carrier also did not remember delivering the package.

The 6-inch device was in a standard 8-by-10 envelope. It is unclear why it did not detonate, although similar devices frequently have had triggers.

Authorities decided to proactively detonate the envelope, and the remains are now being carefully studied.

Investigators are canvasing all nearby surveillance cameras to try to catch an image of the vehicle used by the suspect.

There are no suspects as of yet, and the case has been turned over to the Joint Terrorism Task Force Division of the FBI.

Police say there is no ongoing threat to the public.

Soros, who made his fortune in hedge funds, frequently donates to liberal causes and Democratic candidates. Recently, conservative critics have accused him without evidence of secretly financing the caravan of Central American migrants making their way toward the U.S.

Soros, who is Jewish, has also been the target of anti-Semitic smears. Some have falsely accused him of being a Nazi collaborator during World War II, when he was a child in Hungary.

Activists frequently post on social media the addresses of his homes, sometimes along with threats.