George H.W. Bush's love letter to Barbara proves love is as strong as ever 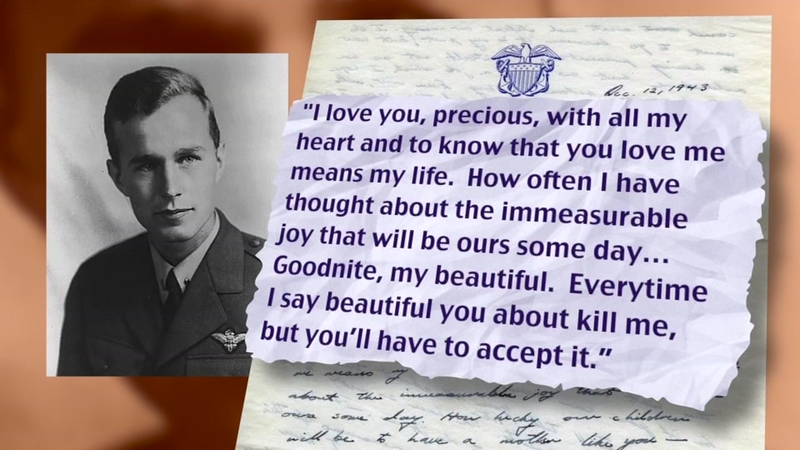 DALLAS, Texas (KTRK) -- If you're losing faith in love, look no further than George H. W. and Barbara Bush to light a fire in your heart.

On Valentine's Day 2017, the George H. W. Bush Library and Museum released a letter from its vault that could melt a heart of stone.

Written from the future POTUS to the future First Lady in 1943, the letter gorgeously details George H. W.'s feelings for Barbara on the day their engagement announcement was published in the newspaper.

"I love you, precious, with all my heart and to know that you love me means my life. How often I have thought about the immeasurable joy that will be ours someday," he wrote. "Goodnite, my beautiful. Every time I say beautiful, you about kill me, but you'll have to accept it."
He also told her that she made his life full of everything he could ever dream of.