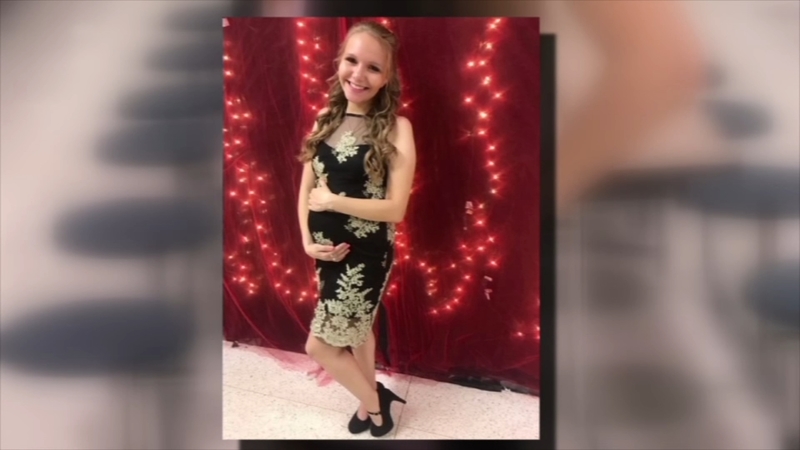 RICHMOND, Texas (KTRK) -- A senior at George Bush High School is claiming her unexpected pregnancy caused school administrators to ask her to resign from her position after she was elected student body president

"(The principal) told me that I had to step down and that I wasn't a servant leader," said 18-year-old Angel Falen.

Falen said she found out she was pregnant last May, around the same time she was elected student body president.

"It was the day of my 6th period final, and I took a pregnancy test, and found out I was pregnant," she said.

After learning of her pregnancy, Falen said she was determined to continue in her elected position and said she even conducted research and found her time away from school to give birth would not violate any terms of her elected office.

She said she informed school administrators, and claims that's the time when things began to change.

"Just because I made a mistake on my own time, it's affecting my leadership skills, and it shouldn't," said Falen.

Over the course of August through September 2018, Falen said she attended meetings with her parents and the school principal, but those meetings ultimately ended with Falen being asked to resign from her position.

"Each time, they were trying to get us to pressure her into resigning," said Falen's father, Guy.

"Fort Bend ISD is committed to providing a safe and supportive learning environment for all students, and supporting them as they develop as individuals. Our district and campus staff members work each day to help our students develop leadership skills in accordance with the FBISD Profile of a Graduate, such as equipping them with skills for life and exhibiting grit and determination in everything they do.

We would not ask a student to step down from a leadership position because of pregnancy. Over the course of several weeks from the beginning of August to the middle of September of 2018, the George Bush High School principal held several meetings with the individual student and her parents, as well as others with the George Bush High School student leadership executive team and sponsor in an effort to support the entire student council program and the various activities associated with the organization.

As a result, we are grateful that the student was able to maintain a leadership role this year and applaud her for her success."

Falen said she plans to attend college and has a message for other teens who may find themselves in a similar situation.

"They can overcome whatever comes their way," she said. "Just because you're a teen parent, doesn't mean that you stop there."