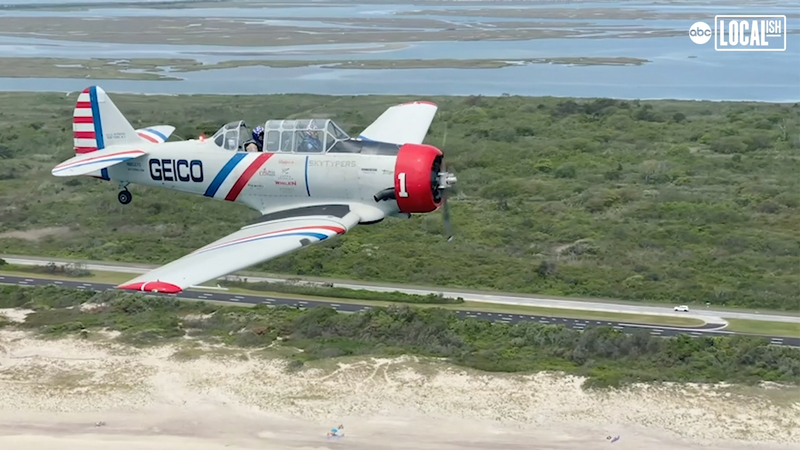 Take Flight with the GEICO Skytypers

NEW YORK -- Built between 1940 and 1941, the North American SNJ, nicknamed the "Pilot Maker", was the plane of choice for allied pilots as they trained before taking to the skies over Europe during World War II. Today, these historic jets take to the sky once more to give spectators a taste of history as part of the GEICO Skytypers Airshow.

The GEICO Skytypers Air Show Team fly six of these WWII-era aircraft in low-altitude, precision demonstrations that feature maneuvers and tactics flown by the United States military. Additionally, the Skytypers are trained to craft giant messages in the sky that can be seen from miles around. But for some pilots, it's about more than their love of flying.

"We go to these airshows at different airports around the country and for many years we would get to meet many of the pilots that flew these airplanes," says Tom Daly, one of the GEICO Skytypers who has been with the team for over 25 years. "There would literally be tears in their eyes because it just brings the whole thing back to them."