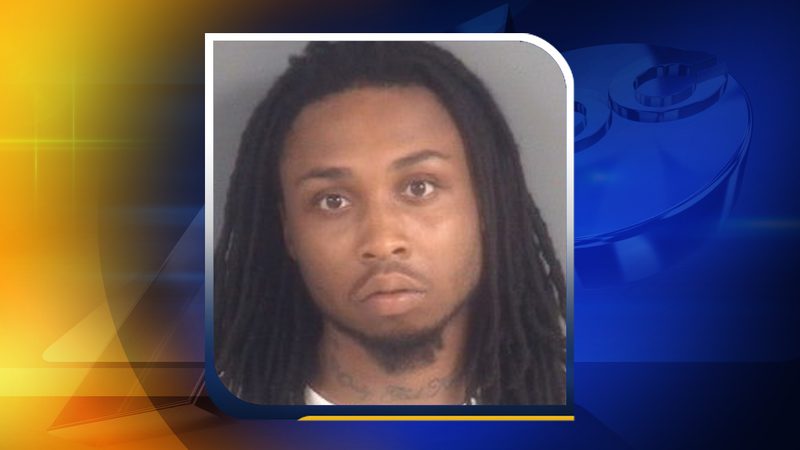 FAYETTEVILLE, NC -- Luther Gatling - the man wanted for three alleged random shootings in Fayetteville over the weekend - was captured hiding in a clothes dryer.

The capture was made Tuesday by a U.S. Marshals task force at a home in the 4400 block of Zabell Drive.

As officers searched the home, they noticed one of Gatling's dreadlocks sticking out of the closed dryer door. Gatling was removed from the clothes dryer, handcuffed, and taken to the Fayetteville Police Department.

Deputies and the Fayetteville Police Department had been searching for the 23-year-old after he allegedly drove to three locations and shot innocent people. The shootings happened within a half-hour timespan early Saturday morning.

Police say Gatling first went to a parking lot on Bragg Boulevard and fired shots at patrons outside of a business. One person was hit in the leg and another grazed by a bullet.

Investigators say Gatling next went to B and Link Streets and began firing into a taxicab.

Gatling's last stop, according to police, was East Orange Street where he shot a woman in the leg.

Police say all three people appear to be innocent victims of random acts of violence.

Police also said the investigation is not over.

"We have shell casing from other shootings," said Fayetteville Police Capt. Chuck Hunter. "We have evidence from other crimes that we are investigating to link and see if it is not only just the shooting spree but also any robberies or incidences in that area that may link him back to that."