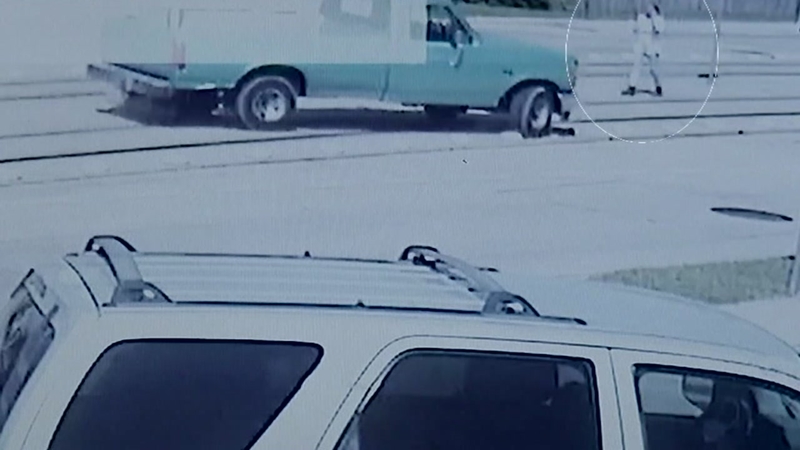 HOUSTON, Texas -- A man who police say hit his girlfriend with his truck as she crossed the light rail tracks in north Houston is in custody.

A tip led investigators to Thomas Arrington, who has been arrested and charged with aggravated assault of his girlfriend in connection with the incident.

The wreck happened on Oct. 9 in the 2400 block of Fulton. Police say a woman was crossing the street along the METRO rail tracks when Thomas Vincent Arrington drove a pickup over the speed bumps, made a U-turn and ran directly into the woman. She was knocked unconscious.

Witnesses told police Arrington tried to leave the scene, but witnesses followed him until he came back to check on the woman. He told them she was his wife and that he was taking her to Ben Taub Hospital.

Police say there's no record of the woman ever arriving at the hospital.

The crash victim, a 48-year-old female, is okay, according to police.