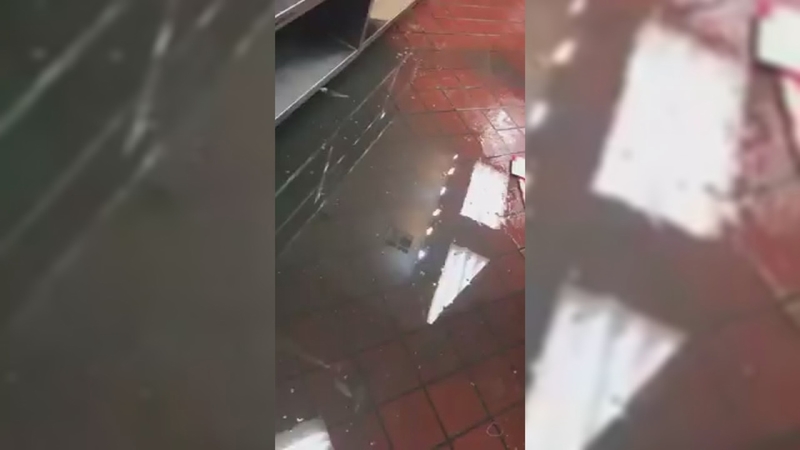 According to the Fresno County Health Department, it all started with a sewer line blockage.

"They brought in a hydro-flush unit that uses high-pressure water to (clean) it and that caused the backed up water in the building as they were trying to get it unclogged," said Health Department division manager Wayne Fox.

The worker who captured the images didn't want to be identified, but says their daily operations continued, including serving customers. By Wednesday, health inspectors received a complaint and investigated.

"Staff was working to clean the place up. Our environmental health staff determined the place needed to be closed while they were doing that cleaning," Fox said.

He added the site manager should have been trained enough to understand the severity of the violation.

They held an office hearing with senior management and then conducted a re-inspection that determined they could resume business.

"We wouldn't take any chances. We take this very seriously we want all the food that anyone gets at a restaurant to be pure and wholesome," Fox said.

Health Department officials say this is only the third complaint in the last decade this particular KFC has received, and the previous ones weren't as severe. They include food temperature violations, pests and improper handling of food.

The KFC is back up and running, but management and all employees will be undergoing mandatory training and will develop an emergency plan so employees know what to do should this ever happen again.