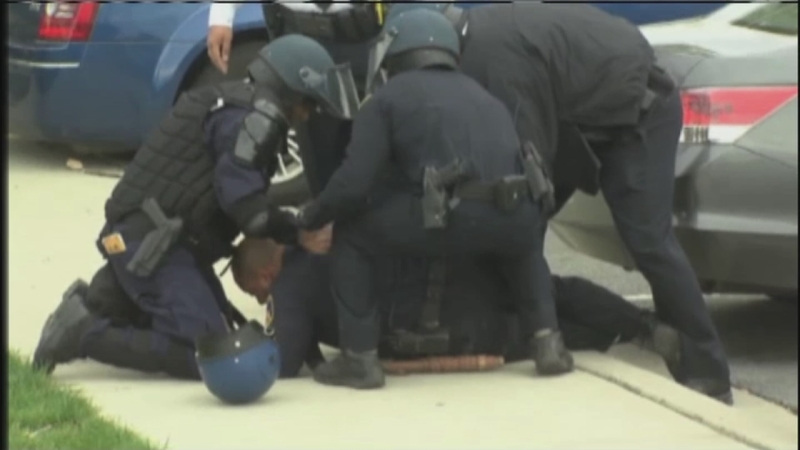 Schools are closed in the wake of violent protests

BALTIMORE, MD -- Baltimore police say more than half of the people detained during Monday's riots have been released without charges.

Capt. Eric Kowalczyk, a police spokesman, says 201 people were arrested during the riots and 106 of them were subsequently released after 48 hours because specific charges couldn't be filed. He says police are reviewing surveillance footage and expect to charge many of those people once their identities have been confirmed.

Kowalczyk also says 98 officers have been injured since Monday. Of those, 43 required treatment and 13 have been unable to return to work, while another 15 are on limited duty.