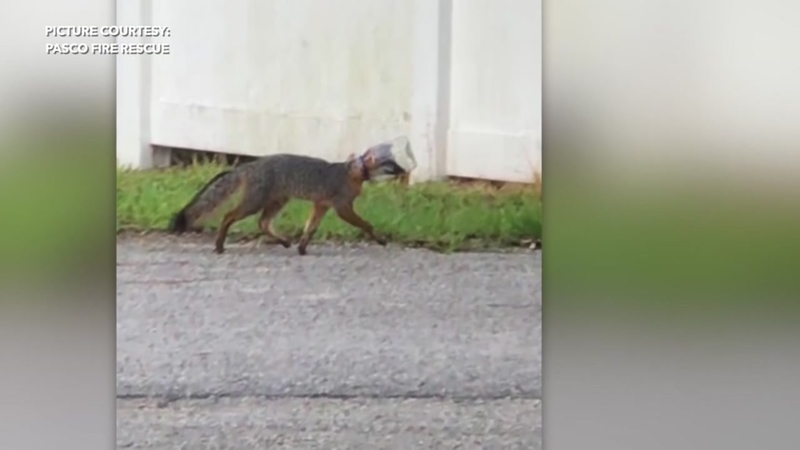 Fox had her head stuck in a jar for a week

WESLEY CHAPEL, Florida -- A fox was caught in a bad situation while scouring garbage for food.

Her head became stuck in a mayonnaise jar.

If the jar wasn't removed, the fox wouldn't be able to eat or drink, doomed to certain death.

The fox was roaming around near a fire station. For several days, firefighters saw her in distress. They tried, but no one could wrangle in the fox to remove the jar.

The firefighters called on Owl's Nest Sanctuary for Wildlife.

"I just couldn't stand the thought of this poor innocent creature out there suffering," Thomas said to WFTS-TV. "I would lay awake at night, thinking about her out there suffering. So, it was just something I was not going to give up on."

Finally, with the help of a trapper, Thomas caught the fox and got the jar off her head.

"This jar over her head, I don't know how she survived. I don't even know how she was breathing," Thomas said.