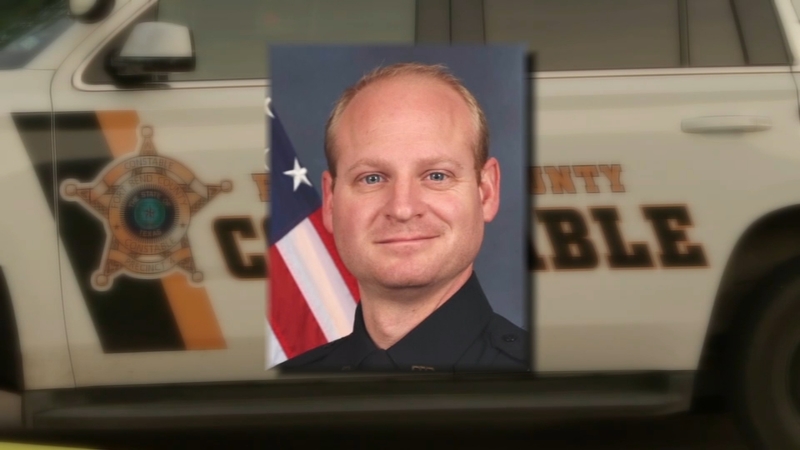 FORT BEND COUNTY, Texas (KTRK) -- A Fort Bend County Precinct 4 deputy constable has died after he was shot in a friendly fire incident Friday morning in the Sienna subdivision.

It happened around 1:40 a.m. as three sheriff's deputy units and the deputy constable responded to a call for a property check at a home in the 3900 block of Chestnut Bend.

According to officials, a neighbor called and reported she thought she saw someone running.

Fort Bend County Sheriff Troy Nehls said when deputies arrived at the scene, they entered the home through an unsecured back door.

As they were going through the process of clearing the home, a sheriff's deputy thought there was a suspect inside the house and fired his weapon.

It turned out that the person who was shot was the deputy constable, who has been identified as Caleb Rule.

Rule, who was wearing a bulletproof vest, was shot in the chest and flown to Memorial Hermann Hospital, where he died.

Officials are calling this an accidental shooting.

Fort Bend County Precinct 4 deputy constable Caleb Rule died after accidentally being fired upon by a Fort Bend County Sheriffs deputy during a call to assist a residence in Sienna Plantation.#abc13 pic.twitter.com/B8Yjqpk99b

Rule worked for Precinct 4 for nine months. Prior to that, he was a detective for 14 years with the Missouri City Police Department.

Rule has a wife and children.

The deputy who shot him was placed on administrative leave, which is protocol during officer-involved shooting investigations.

The Texas Rangers are leading the investigation into the incident.