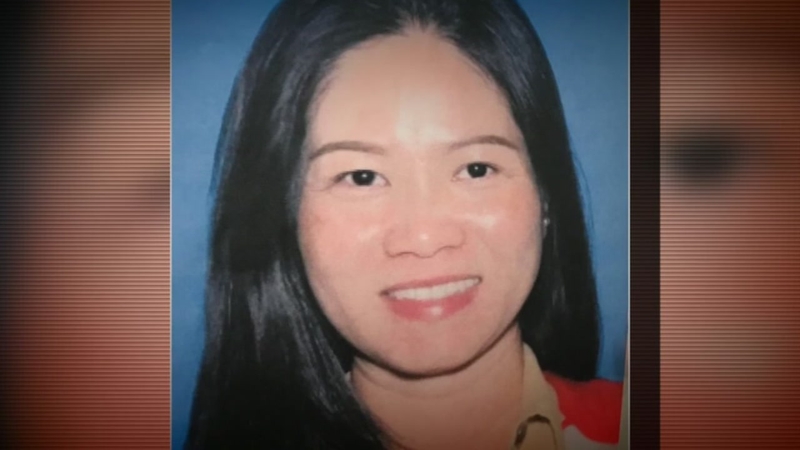 RICHMOND, Texas (KTRK) -- Investigators say a tip could lead to the killer or killers of a single mother who was headed home to see her two young children.

Lieu Nguyen, 38, was shot several times while driving south on Addicks Clodine near Bissonnet just before 7 pm Tuesday. The location is just over a mile from her Mission Bend home.

"Right now we don't have any indicators she was followed or actively targeted, at this time," said Det. Scott Minyard, with the Fort Bend County Sheriff's Office.

Investigators say an eyewitness saw some type of clash between Nguyen and another driver as she was driving. Then there was gunfire.

This is a pic of Lieu Nguyen. Mother of 2 shot and killed last night innesy home from work near Bissonnet & Addicks Clodine. Know anything? (281) 342-TIPS.#abc13 pic.twitter.com/E8UZ88TAit

Nguyen was shot several times, according to detectives. She was able to keep driving another quarter mile before pulling over and calling the father of her 8-month-old. That man called 911.

"When our deputies arrived they found her deceased inside the vehicle," Minyard said.

Authorities say they found some surveillance video from homes nearby and they are working to see if it shows even a few seconds of the incident.

So far they can only give a vague description of the vehicle driven by the person who took Nguyen's life. Investigators describe that only as a dark, mid-sized passenger car.

You can also submit your anonymous tip online at www.fortbend.crimestoppersweb.com or on Facebook at www.facebook.com/fortbendcountycrimestoppers.