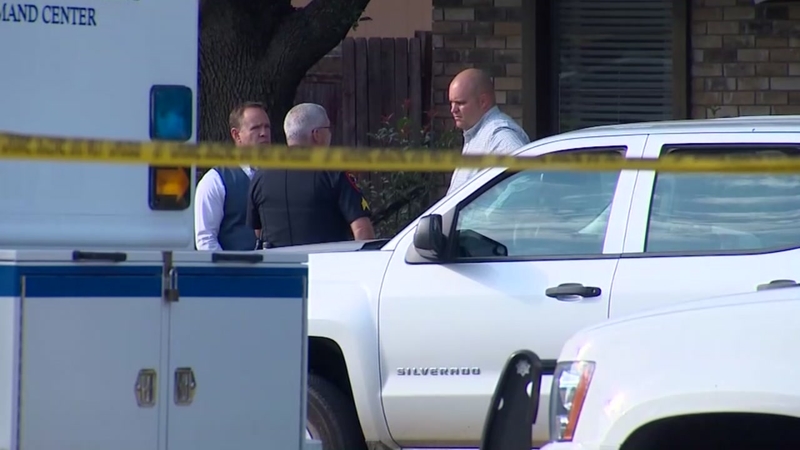 PLANO, Texas (KTRK) -- Nine people, including a suspect who was fatally shot by an officer, have died after a man opened fire during a gathering to watch football at a suburban Dallas home, police said Monday.

Plano police Chief Gregory W. Rushin said at a Monday afternoon news conference that one of two people hospitalized after the Sunday night shooting had died.

An officer responding to a report of shots fired at about 8 p.m. confronted the suspected shooter and opened fire, killing the suspect. Police then found the nine gunshot victims -- seven were dead and two were taken to the hospital.

Rushin said the officer approached the house from the back and saw bodies in the backyard before confronting the suspect inside. Some victims were found in the backyard, and others inside the home.

Police have not yet confirmed the identities of those killed or the suspect. Rushin did say that the suspect "was known by people in the residence," adding the suspect had a "relationship with that house."

"She was a cook, and a quite fine one, and she loved hosting friends and families," Debbie Lane said.

All of those killed and injured were believed to be adults.

Neighbor Stacey Glover told The Dallas Morning News that the party had started early in the afternoon and that she had seen people laughing and grilling outside. She says she then heard the shots around 8 p.m. She opened her door and smelled gunpowder. She heard police who arrived yell "hands up" before more shots rang out.

Rushin said he did not know how many people had attended the gathering. Rushin said multiple firearms of different types were found at the scene.

Tilley said that a shooting of this magnitude was unusual for Plano, especially in such a quiet neighborhood. He could not say whether police had been called to the home before Sunday.

Tilley said the Texas Rangers are investigating the officer-involved shooting and are helping Plano police with the homicide investigation as well. It's considered to be an isolated incident, and no other suspects are being sought. 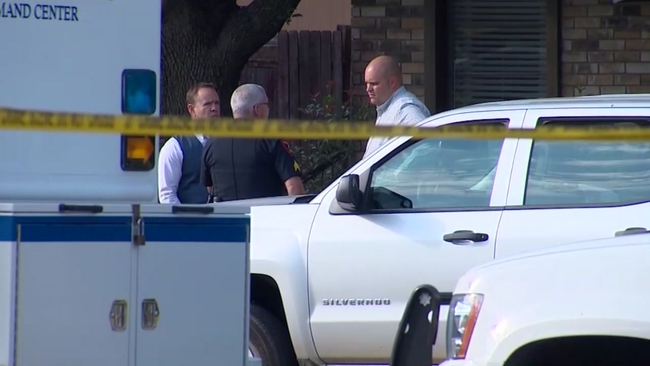