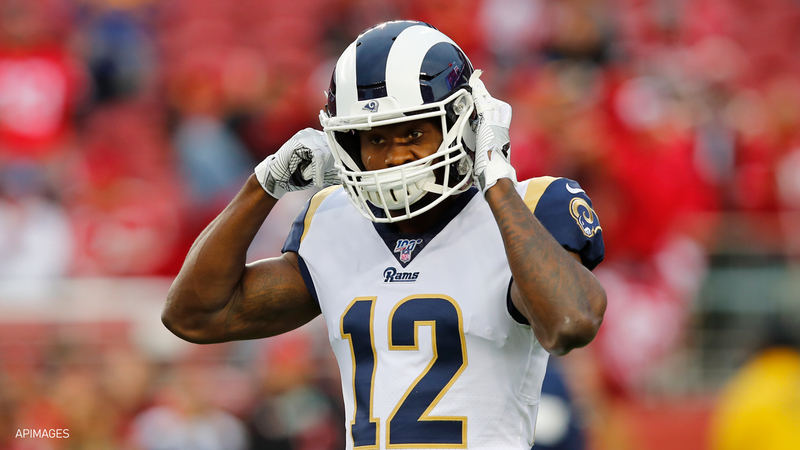 The Rams acquired Cooks, 26, and a fourth-round pick from the New England Patriots before the 2018 draft in exchange for a first-round pick. The Rams then signed Cooks to a five-year, $81 million contract before the season.

The Rams will incur $21.8 million in dead money by trading Cooks. They already paid him a $4 million roster bonus that was due on the third day of the league year.

In two seasons with the Rams, Cooks caught 122 passes for 1,787 yards and seven touchdowns.

In 2018, Cooks played a pivotal role in a Rams offense that powered the team to Super Bowl LIII. Cooks caught 80 passes for 1,204 yards and five touchdowns.

However, last season Cooks' production declined as he experienced a drop in targets and was sidelined for two games because of recurring concussions. Cooks caught 42 passes for 583 yards and two touchdowns.

"When you've got a player of his caliber, there's a lot of conversations," McVay said. "Teams call. He's put such good stuff on tape."

The Texans will be the fourth team Cooks has played for in what will be his seventh NFL season.

In his only public comments about the deal, O'Brien said last week that trading Hopkins "was in the best interest of our team" because the wide receiver wanted "a raise."

Houston's receiving corps for quarterback Deshaun Watson will now feature Cooks and Will Fuller on the outside along with Kenny Stills, with newly signed veteran Randall Cobb manning the slot.

The New Orleans Saints selected Cooks with the 20th overall pick out of Oregon State in the 2014 draft. He played three seasons for the Saints before he was traded to the Patriots, where he played for one season before the Rams acquired him.

Cooks, who will turn 27 in September, has had a 1,000-yard receiving season with the Saints, Patriots and Rams. The only player in NFL history to post 1,000 receiving yards in a season with four different teams is Brandon Marshall, according to ESPN Stats & Information research.