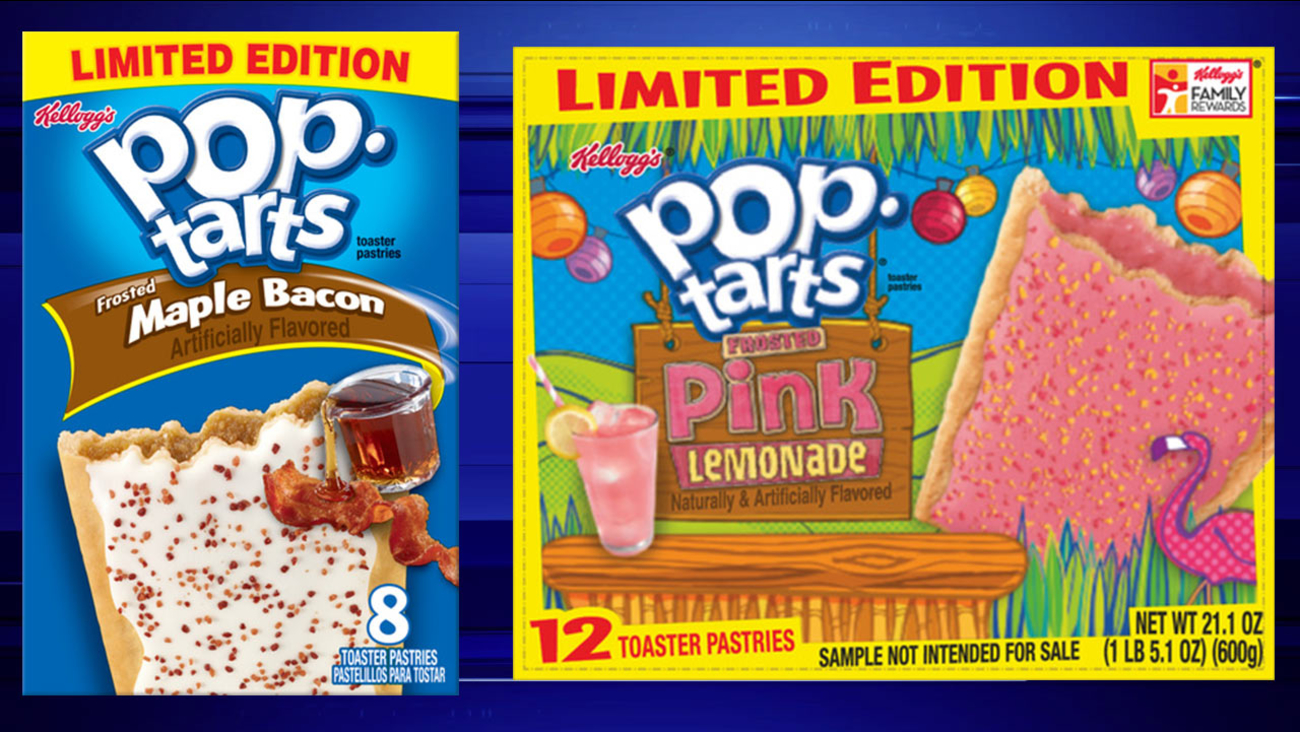 Who doesn't love bacon? That may be the thought behind one of five new Pop-Tarts flavors launching by Christmas.

Kellogg's unveiled the new offerings at the Food City Food Show in Tennessee.

The one that's getting a lot of attention already is the new Frosted Maple Bacon flavor. Kellogg's describes the breakfast treat as "maple and bacon flavored filling in a golden crust, topped with sweet white frosting and salty and smoked flavored crunchlets."

There's also the new Pink Lemonade flavor, which has a "pink lemon flavored filling in a golden crust, topped with pink frosting and pink and yellow crunchlets."

The other flavors include Frosted Chocolatey Caramel, Frosted Watermelon and Frosted Spring Strawberry.

Three of the flavors will go on sale mid-December for $2.59 a box. The Spring Strawberry and Pink Lemonade flavors won't launch until spring for nearly $1 more.

What do you think of the new flavors? Would you try them? Weigh on now on our Facebook poll!