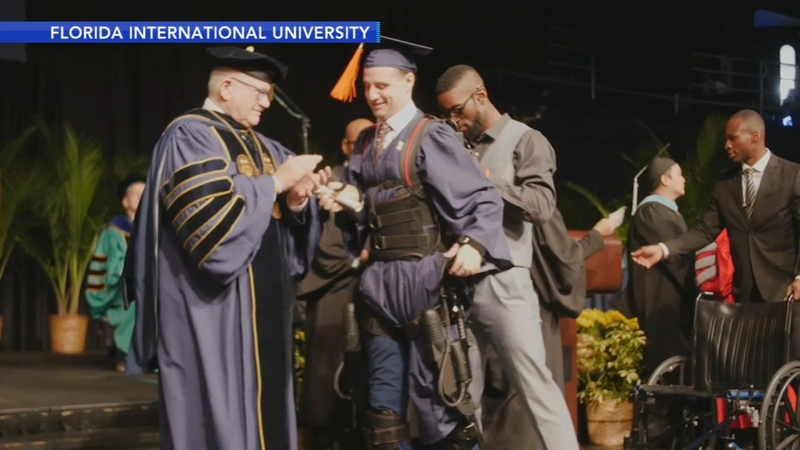 SWEETWATER, Fla. -- Aldo Amenta normally uses a wheelchair, but when it came time for his college graduation, he walked across the stage.

The Florida International University graduate said he practiced "long, long hours, just to be able to take a few steps."

In 2015, Amenta suffered a spinal cord injury in a diving accident at a pool, WPLG reports. He became a quadriplegic, which made going to school very difficult. He considered dropping out of school, but a scholarship allowed him to continue his treatments and his schoolwork.

On Sunday, the electrical engineering student from Venezuela not only graduated, he did it on his feet. As Amenta walked to receive his diploma with the help of a device called an exoskeleton, the crowd cheered him on.

"We've been talking about this for over a year," Guy Romaine, his physical therapist, told WPLG. "This is a big step for him."

"It was an amazing experience," he said. "For me it was a milestone to accomplish. Being able to cross the stage walking is something that's really meaningful."