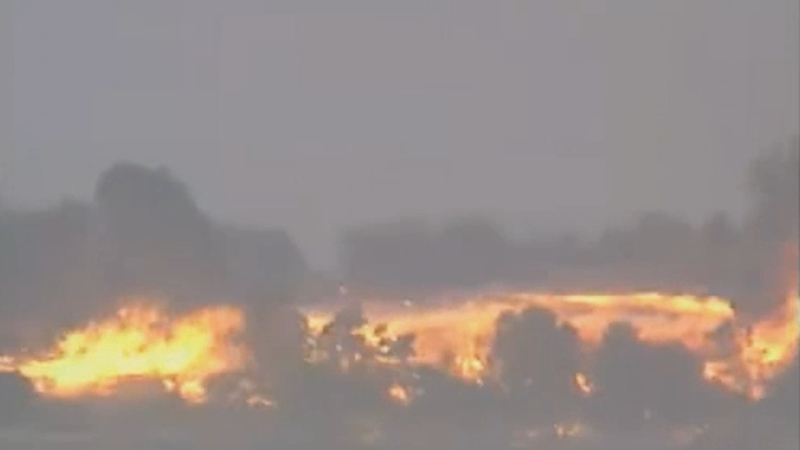 HOUSTON, Texas (KTRK) -- Flooding is a well known problem in the Houston area, but a new report is ranking the area among the top metros in the country for wildfire dangers.

The list, created by CoreLogic, named the top 15 metropolitan areas that are a high risk for wildfire events. Houston ranked #15, Austin #5 and San Antonio #11.

The company says drought conditions were a primary factor in its study, and Houston's dense vegetation could create fuel for fires sparked from a variety of natural factors.

Houston was spared, but experts warn that the dense population paired with the flourishing vegetation can create a perfect storm if drought conditions were to overtake the area.

CoreLogic says demand for housing and other urban developments are factors for raising a risk for wildfires.

The Houston metro area surrounding suburbs expansion has created an increased risk for both flooding and wildfire.

Development along the Addicks and Barker reservoirs led to more homes flooding during events like Hurricane Harvey, but the dense brush growth in the same areas also put them at risk.