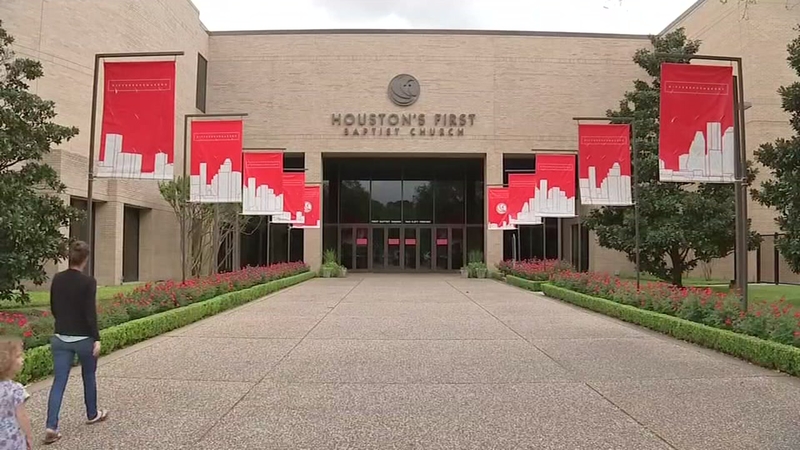 HOUSTON (KTRK) -- An iconic congregation in Houston is celebrating its 175th birthday. Houston First Baptist Church has influenced Houston, the state of Texas and many Houstonians.

At just 17 years old, Poor, arrived from a small town in east Texas looking for a place to worship in the Houston area.

"The church was four blocks away," she said. "It was an easy walk for us."

"This was a huge church at 1010 Lamar I'd never been in anything that big," she recalls. "But I came to find out very quickly that it was the church for me."

This week the church is celebrating a milestone, 175 years in the Bayou City.

"We were founded 5 years after the Battle of the Alamo," said Steven Murray, Dir. Communications.

Pastor Rufus Berleson was instrumental for converting Susanna Dickinson. She was one of the few survivors of the Battle of the Alamo. She was baptized at the banks of the Buffalo Bayou.
"And apparently it was a big deal in the city because she was a well-known heroine of the Alamo so they actually ministered together as members of our church," said Murray.

From its very first pastor to its current one, Mrs. Poor knows its history well. In fact, she helped members put together its history book. However, looking back at her 61 years in the church, she said, there are some things you just can't put into words.

"I think the thing that stands out to me in the history are the people I have been blessed with people that have done nothing but enriched my life," she said.