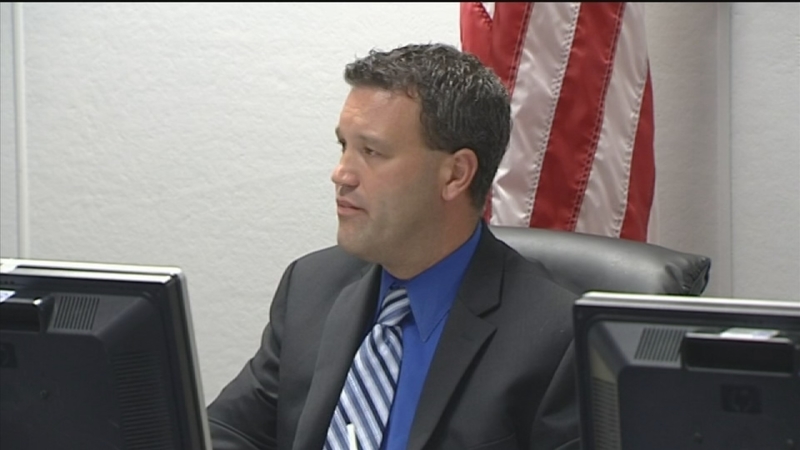 Sgt. in botched murder cases fights to get job back

HOUSTON (KTRK) -- In a tiny crowded room in the basement of a city building, the fate of once officer's career verses the entire Houston Police Department's reputation hang in the balance.

It is, at once, a simple and complicated case. Former Houston Police Sergeant Ryan Chandler wants his job back. He has every right to go through the arbitration process. However, his former and perhaps future boss, the chief of police, has been on the record stating Chandler should have been criminally charged.

Last April, the Houston Police Department made public an in-depth internal affairs investigation into its own homicide division. Among the many investigators cited for problems, Chandler stood out. He was cited for poor work in more than a dozen murder cases. Police Chief Charles McClelland called him a liar during a press conference. He was fired.

A special prosecutor in Montgomery County refused to criminally charge Chandler. So on this Tuesday, Chandler and McClelland faced each other as the arbitration case wrapped up.

"Can he ever be a Houston Police Officer again?" asked a member of the department's legal team to the Chief.

"No," was McClelland's simple answer.

McClelland said Chandler had two major problems. One, he lied.

And, the Chief said Chandler made excuses whenever his problems were pointed out.

"He either had too many cases, he didn't have enough help, he wasn't properly trained, but he certainly took no responsibility for his own actions," McClelland said.

Chandler and his lawyers had a very different view. The former homicide detective insisted he was trying to do his best, but that he was overworked. Chandler said he was given more than 90 cases in the five years he worked in the homicide division, and he just couldn't keep up with the work load.

"I didn't wake up in the morning to see what cases I can ignore today," said the former office. "I was processing and writing information as best as fast as I could."

In an effort to get his old job back, Chandler said he had issues, but insisted he was not criminally or purposefully derelict in his investigations.

"Was I the most effective organizer and manager? Probably not. Could someone be more efficient? Most likely," Chandler said.

As he testified, Chandler's wife, Harris County Assistant District Attorney Inger Chandler, sat and watched. Her employment with the DA's office is the reason Chandler's case was referred to prosecutors in Montgomery County. Also sitting in during the hearing was Ray Hunt, President of the Houston Police Officers Union. The union is being supportive of Chandler.

The hearing wrapped up late Tuesday afternoon. An arbitrator is expected to make a decision in the coming months.